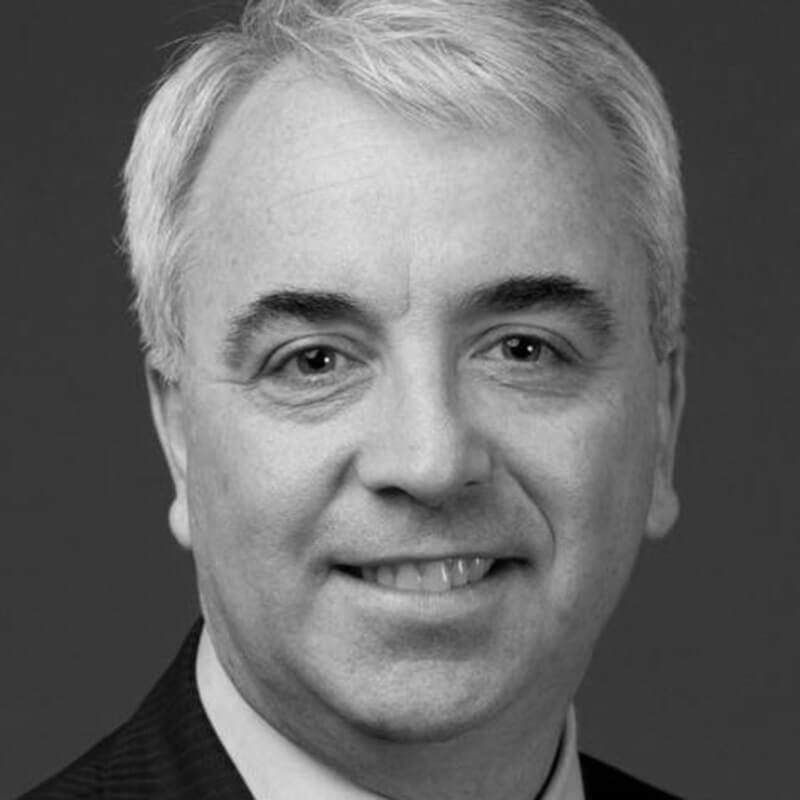 In today’s hyperbolic, inflammatory world, extreme adjectives are frequently overused and inappropriate. Unfortunately, when it comes to the economic events of 2020, these descriptors are often appropriate. In some cases, they are inadequate.

Towards the end of 2019, economists, policymakers, and business leaders were generally focused on labor shortages as a record-long economic expansion had pushed the unemployment rate to around 3.5%, a fifty-year low. Economic growth was moderate by longer-run standards, in the 2 to 2.5% range. Yet despite a record-long expansion and low unemployment rate, inflation was lingering around or slightly below 2%, the Federal Reserve’s medium-term goal. Overall, a goldilocks economy.

December 2019 brought the outbreak of a novel coronavirus in Wuhan, China. This new virus turned out to be highly contagious and virulent. The virus spread quickly around the world, filling hospitals and intensive care units. Fatalities rose.

By March 2020, widespread lockdown policies were implemented to restrain the spread of the virus. March and April saw the most dramatic collapse in the U.S. economy’s history. Twenty-two million people lost their jobs, pushing the unemployment rate to almost 20%, and economic activity as measured by real gross domestic product fell at a 31.4% annualized rate in the second quarter. Retail sales were down 22% in March and April, and unit-auto sales fell by half – to 8.7 million at an annual rate – in April. Manufacturing output dropped by 20% while commercial construction fell 2.7%, and residential construction (housing starts) were down 34%.

By May, the spread of COVID-19 was starting to slow, some restrictions were being eased, and parts of the economy were starting to reopen. Some areas had sharp initial snapbacks in activity while other areas recovered more slowly. In aggregate, the economy was expanding.

By early fall, clear distinctions were emerging among the different sectors of the economy. Retail spending was recovering remarkably well though there were wide disparities for the different types of retailers.  Online shopping and spending related to home goods (DIY projects and home activities) were relatively strong while clothing and accessory spending and restaurants remained very weak. Single-family home sales and construction were booming while urban occupancy rates and rents in some of the most expensive cities were falling. Large portions of payroll job cuts were rehired, but new claims for unemployment benefits were stubbornly high – almost four times the pre-pandemic level.

As of early December, about 13 million jobs have been recovered, but that still leaves payrolls down about 9 million jobs from the peak.  Those numbers translate into an unemployment rate of 6.9% in October vs. 3.5% before the pandemic. Despite the loss of 9 million payroll jobs, retail spending – both bricks and mortar and online - is back above pre-pandemic levels to a new record high. Unit auto sales are back in the normal range of 16 to 18 million, though they are close to the bottom of that range. Manufacturing has recovered about ¾ of its two-month plunge but is still about 5% below February levels. Housing – specifically single-family housing – is one of the brightest areas of the economy, with single-family home sales and new construction not only back above pre-pandemic levels but at the highest levels since late 2005/early 2006. Nonresidential construction expenditures, however, remain down about 5.5% from the prior peak. Unfortunately, a resurgence of new cases of COVID-19 and renewed restrictions on consumers and businesses are again threatening economic growth.

Change is the Only Constant

Around 500 B.C., Greek philosopher Heraclitus was quoted as saying, “change is the only constant in life.” It has only taken two-and-a-half millennia, but some economists have finally caught on to his wisdom. An exciting new area of economic thinking rejects the more widely accepted analytical framework that assumes an economy is a closed system always moving towards equilibrium. Instead, this new paradigm sees an economy as an open system made up of evolving networks of agents constantly reacting to change. These tenets of the broader idea of Complexity Theory are exemplified by proponents such as The Santa Fe Institute and W. Brian Arthur.

This alternative framework has major implications. Perhaps most important is the acknowledgement that forecasting, particularly longer-term forecasting, is impossible. For businesses, that means instead of a business plan with medium and/or long-term goals and targets, the emphasis should be on increasing flexibility and adaptability to adjust to whatever economic conditions emerge.

A second point to drive home the importance of emphasizing flexibility and adaptability is this: not only is change the only constant, but the pace of change is accelerating. Technology has already been a major structural economic change driver over the last century and a half, as the U.S. economy evolved from primarily an agricultural economy to an industrial economy and now to an information economy. With each new technological achievement, the pace at which subsequent technologies are developed and deployed has increased, thereby accelerating the rate of structural change in the economy. The pandemic will compound that effect, at least temporarily.

This new framework emphasizing flexibility and adaptability is especially relevant as consumers, businesses, and policymakers grapple with the novel coronavirus. The scientific community is racing to better understand the behavior of the virus and the implications for humanity. As consumers and businesses adapt their behavior, both the types of goods and services they consume and the way they consume/interact (sometimes by their own choice or sometimes under new government regulation) in order to minimize the risk of infection, structural change for the economy is inevitable. For flexible and adaptable businesses, this becomes an extraordinary opportunity. For the inflexible and rigid, it becomes an existential threat.

Progress against the virus remains the biggest challenge and the most significant force influencing the economic outlook. Developing a vaccine and effective treatment is crucial for minimizing the human cost, while developing and implementing preventive measures and public health policies are likely to be crucial for the short-term path of the economy. Historically, pandemics resulted in major changes to society, including the built environment (i.e. sewerage systems) and social and cultural behaviors (i.e. personal hygiene). Post-9/11 changes to travel security may be the best recent analogy, though the changes brought about by the pandemic are likely to be much more widespread across the economy.

Short Term: Retrofitting Space for Distance and Health Safety Will Be Big

Current understanding of the coronavirus suggests face masks and distance are a first-line defense against contagion. Among the most obvious places already undergoing changes related to density for public areas are retail stores, restaurants, and commercial spaces such as offices and elevators. Limited occupancy, mask requirements, distancing, plexiglass barriers, and frequent sanitizing have already been implemented in most critical businesses, but further upgrades and retrofitting are likely.

While current conditions seem rather dire, a critical question for the potential and extent of longer-term structural change is whether this pandemic is an isolated event or the first of many, the new normal. Should more novel coronaviruses with similar virulence emerge, the more likely structural changes will be significant, broad-based, and enduring.  Should this prove to be a one-off event, then major structural changes as a result of the coronavirus are less likely.

With the future inherently unknowable, the best strategies remain flexibility and adaptability combined with a constantly refreshed knowledge of emerging trends. Recent data highlight possible new trends to monitor in response to the pandemic:

First, consumers are actively seeking lower density geographies for living. Rents in major urban centers such as New York and San Francisco have seen sharp declines while prices for suburban single-family homes have risen rapidly. Consequently, new construction of single-family homes has surged, hitting the highest levels since the housing bubble. Should that trend continue, there are major implications for infrastructure – water, sewerage, electric and power, roads, transportation systems, and public education facilities, to name a few.

Along with the move to suburbia, there are broader questions about migration patterns, especially retirement: will retirees move far away from family? Will assisted living facilities still be popular or will multi-generational families become the norm?

The opening of schools at all levels was one of the bigger challenges. Many schools are offering a hybrid of in-person learning and remote learning. Will remote learning be more common and permanent, and what are the implications for existing educational facilities?

For the built environment (particularly when considered in the context of broader environmental conditions and climate change issues), will the pandemic accelerate the incorporation of healthy living, sustainability, and climate impact on future design of buildings and public spaces?

These are just a few of the early trends emerging. Some are new, and some are accelerations of existing trends. The implications are multifaceted but suggest a positive outlook for the built environment industries, with opportunities for new construction as well as for repurposing of existing space. Overall, businesses will need to quickly adapt to changes in consumer preferences, the political climate, and virus prevention regulations to survive and thrive. Members of the built environment industries will play a critical role in implementing many of these changes.

For many economists, policymakers, and business leaders, the focus will be on getting back to pre-pandemic activity levels, especially for important measures like revenues, profits, and employment. But changes to the structure of the economy are more important for the long-run success of most businesses and some entire industries.

While forecasting may be futile, some existing economic trends are likely to continue.

The other major unknown at the moment is who will be leading the country and setting federal policies. Will there be one-party control of Congress and the White House or will there be split power? The current prevailing view is that Vice President Biden will be inaugurated on January 20, 2021. Democrats are expected to retain control of the House of Representatives, though by a slimmer margin than before. Control of the Senate is less clear and is likely to be determined by special runoff elections in Georgia. It appears that Republicans have a slight advantage in retaining control, though they may also have a slimmer majority.

If these do come to fruition, split control would likely mean more partisanship and gridlock. Historically, a degree of gridlock was considered by many as a good thing, a type of check and balance against extreme policies. That may not be the case today, as political gridlock has devolved into political vengeance – not just preventing progress on dealing with emerging issues and crises (which is dangerous enough) but undoing prior accomplishments.

Even so, a Democratic White House and House of Representatives would likely mean a renewed focus on spending, particularly on the environment and infrastructure, some higher taxes, and additional regulation in some industries such as health care, finance, and energy.

Keeping up with economic developments isn’t easy. Key areas to focus on include:

Despite some extraordinary challenges, the economic outlook is tilted to the upside.  Science has made great progress against the novel coronavirus and COVID-19, and both consumers and private businesses (and business leaders) have proven time and time again to be amazingly resilient and adaptable, despite what often appears to be dysfunctional and ineffective government. Clearly, the economy and society would be far better off with two political parties that can find ways to cooperate and compromise on critical issues of the day rather than undercutting and destroying prior legislation. Nonetheless, the American economy will likely succeed despite the increasingly bitter and intense partisanship that is destroying government effectiveness.


Bob Hughes is a Senior Economist at DesignIntelligence 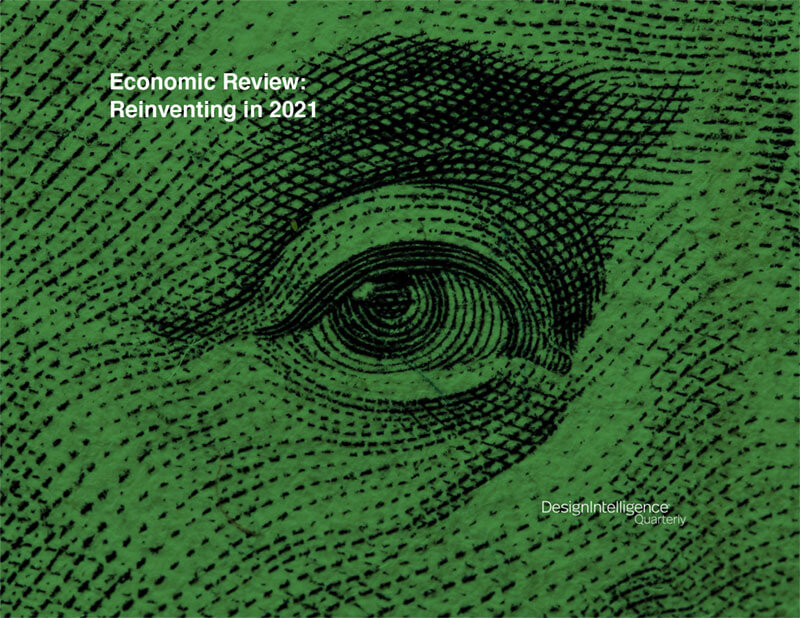