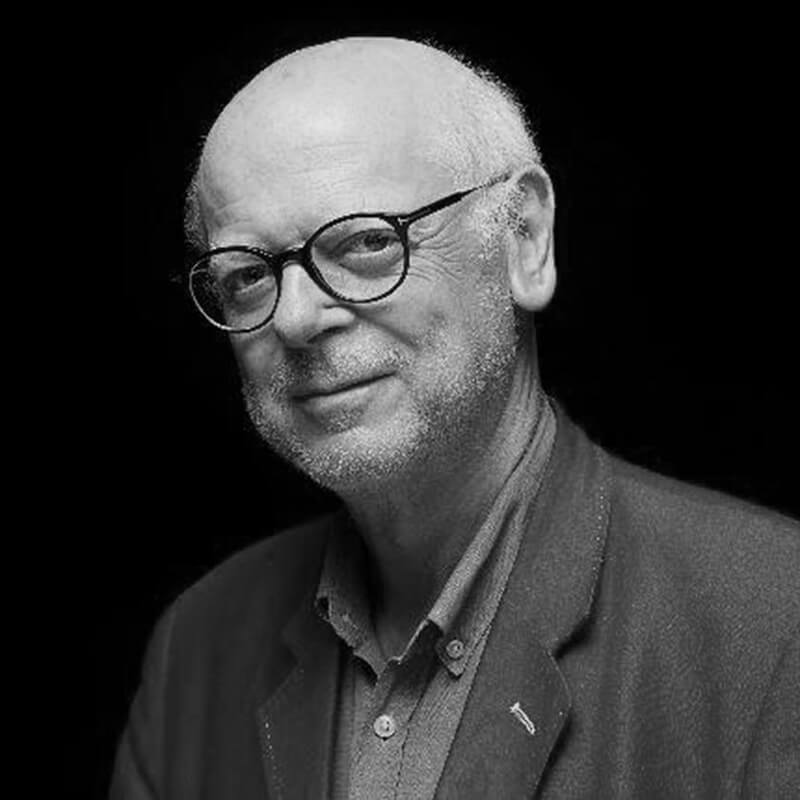 by Paul Hyett
PPRIBA and Honorary Fellow of AIA
December 23, 2020

Paul Hyett’s perspective on the pace of change gives pause for thought.

The World We Left Behind

If Christopher Wren had walked into my father’s new office, he would have felt very much at home. Albeit a small practice, like architects’ offices of all sizes across the country and around the world, the basic tools of the day were very much as they had been down the centuries: refined but largely unchanged.

Sir Christopher would have been familiar with Dad’s drawing board, T square and high draughtsman’s stool, his pair of compasses, dividers, the multitude of pens of various thicknesses, the pencils from hard to soft, and the many other fine instruments required for making those marks on paper intrinsic to the processes of design. Those marks slowly and surely became ever more clearly defined until, ultimately, they were copied and transported to the site where skilled craftsmen would translate them into reality.

The staff and dumpy level used to assess terrains, the tape measures, scale rules and set-squares, the brushes and colour washes, erasers, dusters, draughting tape, drawing pins and lettering stencils – even a plumb-line: Sir Christopher would have been “good to go” without a word of instruction or explanation. Or perhaps not quite: it was 1972 and Britain had just “gone decimal.” Not only had shillings and pence been abandoned, but our beloved feet and inches had been replaced with metres and millimetres, and our pounds and ounces had given way to the kilo.

But Wren would have mastered such changes in moments and taken just minutes to come to grips with the telephone (securely connected to the wall by wires) and the little battery-operated calculator — great for doing those complicated calculations. And, of course, the electric kettle and the fluorescent lights would have been welcome comforts — to say nothing of the heating.

Fast forward another fifty years and this most revered of architects would be completely lost in my office of today. So intensive and extensive are the learning and training necessary to operate current IT systems and equipment that the process must begin pre-school. Generations of professionals of all disciplines are being left behind, floundering and incapable, as system and communication developments accelerate along an exponential curve.

For the drawing board, wonderful paraphernalia, and instruments in Dad’s office, substitute the modern computer screen and its array of programmes: Revit and Rhino; systems like BIM and parametric design; Zoom, Microsoft Teams, WhatsApp and WeChat for communication. For archives, plan chests and the multitude of filing cabinets, take The Cloud. For physical state take cyberspace and virtual reality. Such changes and radically new equipment and methodologies transcend previous innovation of practice: the architect’s office has been completely reinvented over these last three decades. The journey to reinvent the architect’s office started with Rubenstein and Barnaby’s word processing in 1979; then progressed through the fax machine (common from the early 1980s but invented back in 1846); the mobile phone (1985); CAD (1989); websites (1991); Google (1998); screen sharing (2014); and all the other contemporary tools that have transformed design and construction from physical to virtual processes.

The breath-taking scale of this reinvention is now being further accelerated, courtesy of Covid-19. As has been noted far and wide, we are entering a new “norm” from which there will be no return. The pre-COVID office that, despite its systems, technologies, and virtual connections within and beyond, had stubbornly endured as both a physical reality and an institution, cannot and will not survive. As a hub where workers occasionally meet in real time and place? Perhaps. But as a work setting, with the restrictive demands of assembly and nine-to-five entrapment? We are witnessing its death throes.

Just as our towns and cities have suffered the upheavals of shopping centres and out-of-town malls replacing the High Street, and the disinfecting choreographies of mail order and on-line food delivery have replaced our shopping excursions, so our commercial landlords face the imminent collapse of that hitherto bastion of investment: the office. We are witnessing the phenomenon of collaborative assembly dissipate into a dislocated corporate condition: the virtual office matrix.

This is where we designers must shift from a reactive assimilation of the skills necessary to survive and compete in the digital world of an office environment that has been reinvented and virtualised around us, to the proactive role of using our programming and design skills (our ‘stock in trade’) to reinvent the very essence of towns and cities as we currently know them.

In this respect, everything is up for grabs, and all norms will be swept aside. To quote Brennar Bhandar, even “the conceptualisation of wealth as a fusion of the value of land with the value of people,” initiated through the thinking of that father-founder of the modern political economy, William Petty, will inevitably be challenged as never before.

Our recent dalliance with globalisation; the ability of multi-nationals to shift materials, production and capital around the world in pursuit of obedient and competitive labour sources; the desire of our large corporates to provide services tax-free across borders — all these agendas are up for review and revision. So too is the essential purpose of our cities and their buildings. As IT-savvy urban populations relocate to their new sub-urban and rural home platforms, the dinosaurian fabric of the commercial city will be rendered increasingly redundant. For architects, urban designers, planners, and engineers, the challenges are immense: our cities need to be reinvented in terms of programme, and their existing fabric must be retrofitted to new purposes hitherto unimaginable.

Despite the extraordinary impacts of IT that now threaten our essential concept of place, the challenges can only intensify as the very notion of freedom — so beloved by the West — is threatened by the escalation of a multitude of factors, such as monitors, sensors, barricades, business closures, and masks. Against all this we will see the increasing phenomena of migration not only from strife and economic catastrophe, but also increasingly consequent on climate change, as our global populations continue to grow exponentially:

Taking one million years to double from two and a half to five million in 8000 BC, the world’s population doubled every thousand years thereafter through to 1650 AD, when it reached five hundred million. It doubled to one billion less than two hundred years later in 1805 AD, while the next doubling took only until 1930. By 1974 it had doubled again to four billion. Today, the global population is nearly eight billion souls.

So, here we find ourselves, at a second to midnight. Population growth attenuation, education and sustainable lifestyles have emerged as challenges against which our politics appear increasingly unable to cope, the eco-systems of our world struggle, and disorder threatens from every side.

Reinventing our way of life

But our resolve must not falter. Just as the developments in information technologies and communication have prompted the reinvention of the very ways we work and live, so we must now reinvent our relationship with both planet and place. As never before, the very purpose of our cities and their buildings needs reinvention. Now cities must accommodate their functions as safe havens and adaptive organisms.

DesignIntelligence has never been in greater demand.


Paul Hyett, PPRIBA, Hon FAIA, is a founder-partner in Vickery Hyett Architects. He is formerly a Principal with HKS Architects in the UK and is a regular contributor to DesignIntelligence. 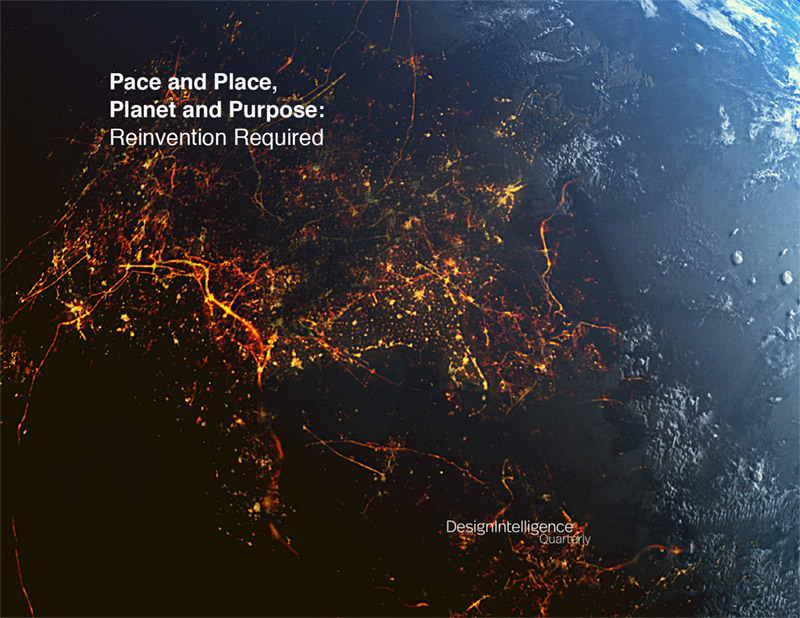