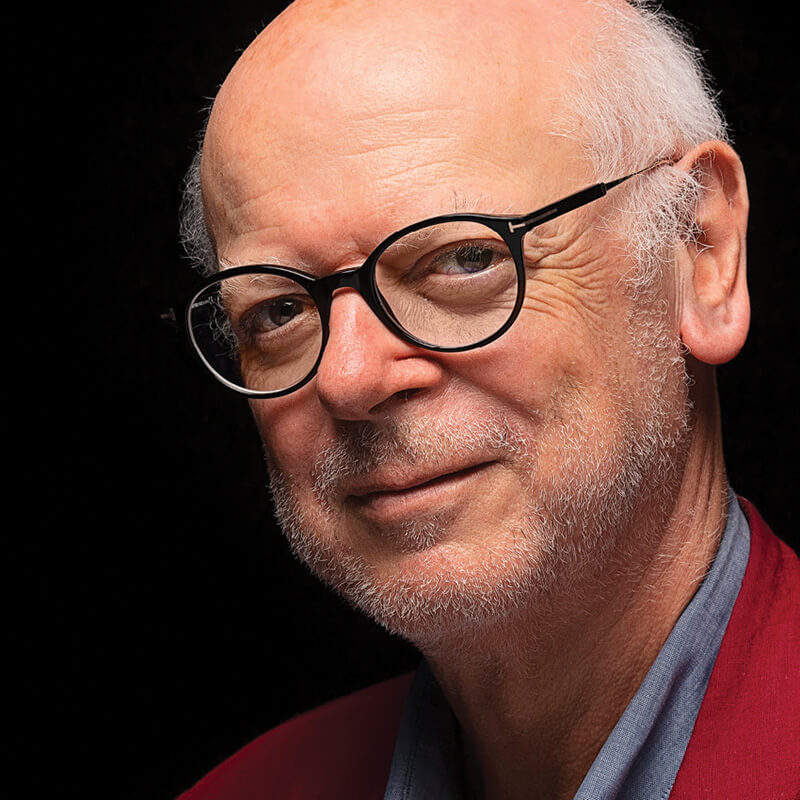 by Paul Hyett
Past President of the RIBA, Architect and Principal in HKS Architects

Unlike the U.S. system, in which the NAAB accredits schools, the RIBA validates architecture schools. Both are worthy systems, but the former focuses heavily on inputs, the latter on outputs. The RIBA is therefore more concerned with product than resource, measured almost exclusively through the student portfolio.

Research as an output has caused many a vexed conversation among RIBA Visiting Boards. As in the USA, British universities place great emphasis on the value of research. A complex scoring system has emerged through which validated architecture courses receive points based on the number of words they publish within refereed journals. This inevitably leads to ever-lower staff student contact time as faculty locks itself away to write more and more about what cynics might claim is less and less of either relevance or interest. All in pursuit of those coveted research points so critical to sponsorship and grants.

Despite what cynics might say, much research of great value is carried out in our universities, some of it in partnership with architectural practices. But many practices still prefer to ‘go it alone’, seeing research as an essential part of their DNA, but opting to carry out that research in isolation. They occasionally test their propositions through lecturing, but ultimately use them to inform their own built work for commercial advantage. This often results in a series of experimental buildings realised across several decades — even a lifetime. With that output inevitably come the parallel publications — usually books as opposed to formal research papers, but nevertheless good, hard, ‘research- informed’ material.

I am not referring here to glossy, often lightweight, monographs — you know, those glitzy, tiresome assemblies of projects with perhaps an up-front essay penned all too often by some friendly hack journalist. Neither am I referring to manifestos. The most famous of which must be Charles-Edouard Jeanerette-Gris’: ‘Towards A New Architecture’, published in 1926, but still on my first-year mandatory student reading list back in 1971. Le Corbusier’s opening sentence remains as one of our profession’s greatest-ever ‘call to arms’:

“The Engineer’s Aesthetic and Architecture are two things that march together and follow one from the other: the one now being at its full height, the other in an unhappy state of retrogression.”

I am instead referring to research of real quality, developed through live projects within the studio environment of commercially independent practicing architects. 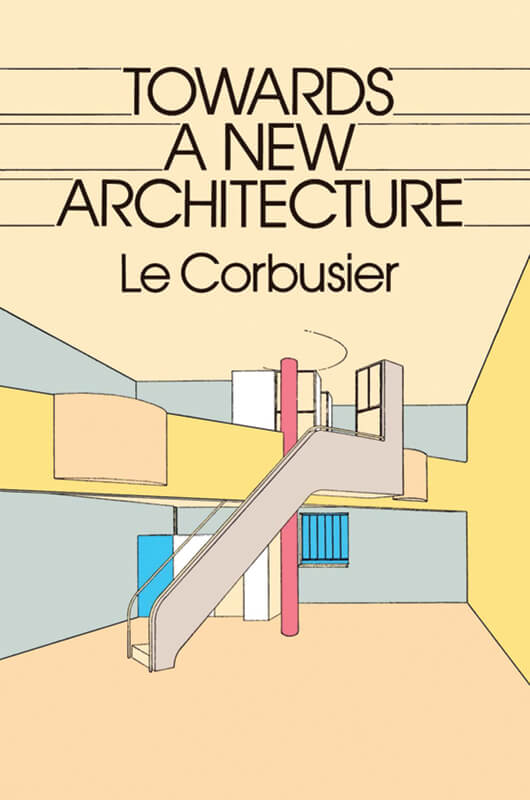 I first experienced this very special world of non-academic investigation during my early career with Cedric Price. He likened his office to an experimental laboratory and ran it with attendant secrecy. Paid commissions supported unpaid research — informed by and tested through lecturing (mainly at the Architectural Association). Also through in-office ‘conversation’ with scholars such as the distinguished architectural critic and author Reyner Banham; with journalists like Paul Finch, later editor of Architectural Review and founder of World Architecture Festival, and Paul Barker, who edited New Society for some 20 years of dramatic social and political change; and with academics such as Roy Landau and the great planner Peter Hall.

These exchanges informed research through which an architecture of highly original form and language emerged, based on extraordinarily innovative programming (the catalyst). Accordingly, this work was as fresh as it was shocking in concept. This architecture found expression through projects such as ‘Fun Palace’ (1961), a cultural arts and performance centre for Joan Littlewood in the then run down and abandoned dockyards of east London.

Sadly, it was not built, although a lesser version in the form of the Inter-Action Centre was. If you want to see Fun Palace in all its glory you need look no further than the Pompidou Centre in Paris, the first germs of which, many would argue, can be traced directly back to Cedric’s ‘White Room’.

And so it was that a series of research projects flowed from that small office, including the ‘Potteries Thinkbelt’ proposal (1966), which unceremoniously ‘rejected all previous and contemporaneous ideas about appropriate university architecture’; and ‘McAppy’ (1973) commissioned by construction giant Robert McAlpine. The latter project reset agendas for site safety, comfort and efficiency for UK construction workers in anticipation of the impending 1976 Health and Safety legislation.

Such inventive thinking led to new concepts of space and space definition. Walls and floors were freed from primary structure as prefabricated assembly dominated construction. Concepts such as ‘aiming to miss’ (significant tolerances that enabled loose fit of pre-manufactured and finished cabins) informed a philosophy that found expression in a rich new architectural ‘language’.

As would be expected, these ideas were further developed by disciples like Will Alsop, who worked with me at the Price office, going on to deliver a series of redoubtable buildings including the Grand Bleu in Marseilles (1994), the Peckham Library in London (2000) and the Sharp Centre in Toronto (2004). Price’s influence through research was all the more remarkable because, despite its huge influence and legacy, his office was never more than six strong.

Much architectural activity involves research. This was the argument of those who resented the RIBA’s necessary enquiries about the research activities of faculty during validation visits. Many of the better design tutors have routinely developed their own architectural theory across a variety of teaching programmes spanning multiple cohorts of students: Zaha Hadid is one such figure, giving enormously to, but also taking richly from her experience as a teacher at the AA, then Yale, Harvard, and through her masterclass sessions, at the University of Applied Arts in Vienna.

More evident is the role of the design studio in using theoretical projects and the ‘crit’ process to test and hone ideas through generations of radical thinkers: Rem Koolhaus and Elia Zenghelis taught Zaha. Her greatest prodigy is perhaps the celebrated Chinese architect Ma Yansong, who she taught at Yale and who later worked in her office. Again, research through teacher-student collaboration leading to an amazing progression of ideas and ambition, first in Zaha’s projects and later evident in the curvilinear, free-formed projects for which Yansong has gained much-deserved international acclaim in his own right.

Projects such as the Treatment Centre for Victims of Torture, and the Fire Research Testing Station (both Paul Hyett built projects of the 1990’s) required serious research. The former involving research with and through the therapists to explore conditions and environments conducive to successful therapy in circumstances where intense emotion required calm as harrowing experiences were shared. In the latter case, the task was more technical. The research was less challenging: a study of precedent — what had worked? What had failed? What conditions are required for hosting intense fire?

But rather than focus on the kind of research that addresses the problems of a single project brief, best described as ‘problem solving research’, I want to look again at the architect’s office as a place of more progressive and wider-based research. Particularly, the kind of research that influences programme; and which through programme achieves a significant level of social engineering. That is, the process of shifting and manipulating space (the essential work of the architect) to create new possibilities and invoke new and heightened expectations among those who use buildings. My own bookshelf at home has abundant examples. I will cite just a few.

First, at the grand scale is the work of the likes of Frederick Gibberd, Terry Farrell and Richard Rogers.  As architect for Harlow New Town back in the 1960’s, Gibberd developed a rich experience which he shared through his book ‘Town Design’; a major text that would influence a generation of architects and town planners in the UK and internationally. Here, the methodology was recorded as the process unfolded — a living research project in which Gibberd addressed the discipline of town planning as an art.

Farrell was more committed to the richness of an urban design that took ‘grain’, scale and history as its starting points. More a practitioner than the likes of David Gosling and Gordan Cullen who also contributed richly to the evolution of a new urban design within the UK, but whose contexts were respectively academia and journalism, Farrell’s writing, based on the research of his practice, has been prolific. With his theories revealed through multiple publications and through lecturing, Farrell’s work has been highly influential, albeit more as an urban designer than as an architect.

In similar vein the work and research of the Richard Rogers office addressed a wide agenda through his Task Force Report (1999), as commissioned by the Blair government. Its mission was to identify the causes of urban decline and to posit alternative practical solutions that would bring people back into our towns and cities within well designed, economically, and ecologically sustainable urban planning.

Above all, the research work as expressed in print and through the lecturing of these three giants of the architectural scene are neither monographs nor manifestos — they represent pure and radical research originating directly out of practice: that is the point.

On the eco agenda, no single architectural practitioner has done more than Ken Yeang to fuse research and practice in the pursuit of a new, better-informed architecture. With his prolific research and writing output Yeang has, throughout his long career, continued to test his ideas through built work. In doing so, he has further informed his theory through research and parallel audit and measure of his buildings in use. Out of all this has emerged an architectural language as rich as it is innovative. 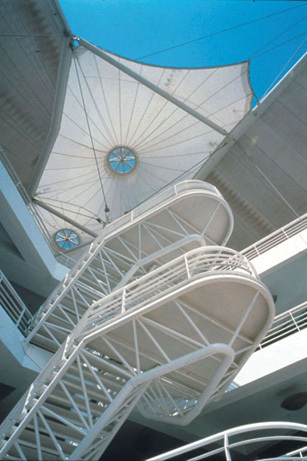 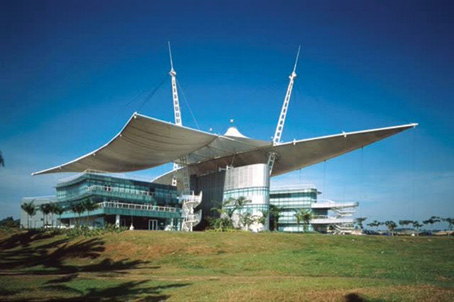 Heavy duty, prolonged research, undertaken discretely within practice has routinely informed a continuing series of Yeang designed, experimental buildings. Despite being produced under all the normal commercial pressures, these buildings are an extension of the very research that informed their design.

Plenty of other architects’ research has underpinned a philosophy that has informed experimental social programming of buildings through an ongoing series of projects. Swedish architect Ralph Erskin is one such figure: his interest in human relationships led to a phenomenal research programme which resulted in projects like the Byker Wall housing in Newcastle and his Ark project in West London. Here, commercial offices were arranged around an open atrium that was traversed with bridges that linked a series of social spaces. More recently, the celebrated Danish architect Kim Nielsen of 3XN has conducted a similar exploration. Described in his book ‘Investigate, ask, tell, draw, build’, it offers a telling account of his firm’s philosophical approach to social interaction based on research. No mere monograph or poor grade advertisement, it is a valuable sharing of intelligence.

The Most Obvious of Questions

Which brings me to my own experience at HKS. Research, in the form of evidence-based design, has been at the heart of our health work for five decades. This suggests the most obvious of questions: where an architectural practice has developed high levels of expertise in a particular building genre, as HKS has across a variety of sectors, and it intends to expand and develop such expertise, how can it not seek to inform its work through constant, planned, and focused research?

Any major manufacturer, such as Boeing, or Toyota does.

Why should architects be any different? 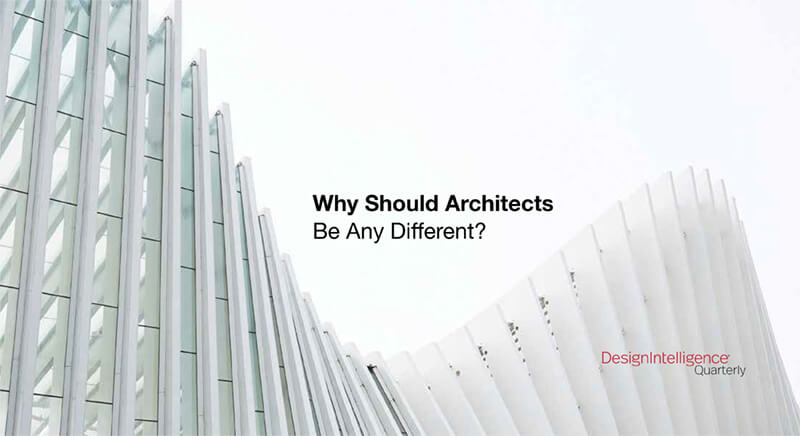