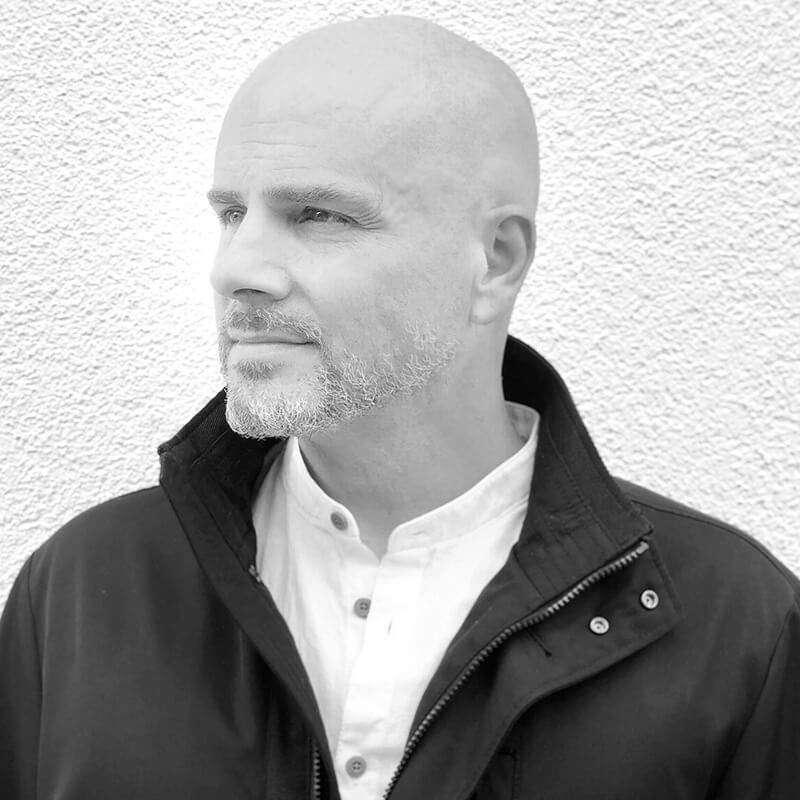 Design Thinking for a Better World

by Mitchell Joachim
Ph.D., Assoc. AIA, Co-Founder of Terreform ONE, and Associate Professor of Practice at NYU.
August 11, 2021

DesignIntelligence talked with Mitchell Joachim, co-founder of Terreform ONE, about living in balance with nature, how the design industry can become more relevant and influential as citizens of the planet, and how design can lead to solutions to the world’s problems.

DesignIntelligence (DI): In many ways, Terreform ONE is in the vanguard of experimental design and environmental work, looking at things in a new and different light. What are you seeing from the front?

Mitchell Joachim (MJ): We began as an architecture group, but we realized that design itself is even bigger than architecture. The power of the human imagination is a phenomenal instrument. It is an extraordinary tool that we can use in all different sectors and disciplines to come up with solutions to our world’s problems. We work on problems that are genuinely difficult and that bleed through many different spheres of interest. We’re also restless—we want to do more. As architects, we have this incredible love for the field, and we want to have a broader reach. We want to be more relevant and influential as citizens of this planet and have a conversation that makes sense to ever-increasing numbers of people.

It’s not that architects aren’t relevant; we are. We just don’t expose ourselves as much as we could in a way that shows how powerful design thinking really is. When we make that link, that connection with a broader audience, and we build consensus around relevancy, it has incredible meaning.

DI: So there’s a precarious balance to strike when you’re doing work that is very experimental, but at the same time having broad relevance and reach with a wider audience. How do you navigate that divide?

MJ: Quite simply, it is the issues. For example, climate change is an all-encompassing problem that bleeds through many different industries. What people may not understand about architects is that we are trained at the general physics of almost anything. So when we tackle an issue like climate change and begin to produce stories or design ideations that people can relate to, then we as architects are actually on the forefront of change on issues like these.

DI: But isn’t generating ideas and creating solutions only half of the battle? What about communication?

MJ: Yes, communication is important. Generating ideas and solutions is just the first step. There is more hard work that has to be done, like moving through regulations and policy, getting political will, obtaining financing and more. But the idea and the possible solutions to a problem is the first principle. If we don’t have that first principle in mind, the rest will not fall into place. We don’t execute a non-idea. So the upfront messaging and communication, as well as the clarity around the idea’s purpose and intention, is where people get excited and get involved.

DI: When we work with firms and organizations, we talk a lot about their ideal state. We use it as an exercise to get them to imagine their best possible future. What is your version of an ideal state for how we can live in balance with the natural world?

MJ: I agree with the ideal state model. We deploy the same criteria when we approach a project. We outline the best case and maximal conditions, and then we’re able to formally articulate that scenario.

When we talk about dwelling in balance with nature, one of the most intractable problems is our ever-growing, ever-expanding population. The Earth is crowded. It is full. And we are extracting more and more resources from it each year; somehow, we need to stop that. Most of the solutions I’ve seen have been on some level of mitigation, a slowing down, in our use of and extraction of resources.

I have two viewpoints about the state of our environment today—one is completely pessimistic, and the other is optimistic. The pessimistic viewpoint is that we’re waiting for an enormous crisis—something like five times the size of Hurricane Sandy—to hit us. When that happens, people will become very concerned about nature. They will be more willing to change policy, incorporate technology and make lifestyle choices. They will be more interested in a renewable or circular economy. All of this concern and interest will coalesce into a library of ideas to actually make the world a better place. But we don’t want to do things like that right now. The crisis factor, I believe, will bring the right amount of energy it takes to move us into Civilization 2.0.

The optimistic viewpoint is that technology will save us. This is the techno-topic version. The idea is that we have a lot of smart people who are working on solutions. Life will continue as we know it as scientists and designers work together to solve all these problems in stealthy fashion. The “logic” goes that all of this is happening behind the scenes, without us really noticing or caring, and suddenly we’ll get out of these problems through an immense amount of innovation.

DI: How does Terreform ONE set priorities and choose which investigations and projects to focus on?

MJ: For us, every year is about finding something that is more meaningful than the previous project or idea. Lately, we’ve been focused on caring for and saving the lives of other species.

So in this field of living architecture or living design, we are designing with different forms of biological life. Everything that’s in our portfolio now must be or involve a living organism. We’re asking the question of how can the millions of living things on our planet help us overcome our problems?

For example, we are working with the caddisfly, training them to clean our freshwater ways of micro-plastics. They build their larval cases out of the micro-plastics, making it easier to harvest the plastics before they go into the ocean. That’s just one example of how we’re using life to solve problems in life.

DI: Many of the problems and issues Terreform ONE tackles are massive and complex. What about the scale of application?

MJ: In design, scale happens in very succinct increments and measures. It has a known, quantifiable system whether you’re working at the scale of nuts and bolts, the scale of furniture, regional scale, atomic scale, whatever. If you’ve ever seen the movie Powers of Ten—which was about scale—the concept was that things flow freely from all points of scale and we have to be accountable for the consequences. For example, if a designer is designing a bicycle, he is accountable for how the bicycle works on the road, how the chain and brake systems are designed, the material choices and how they were created, and more. Every part of that design shifts scale but it happens simultaneously. We can think in just those moments, but they are temporary.

We need to understand scale as a phenomenon, not as a distinct increment. It is much more permeable as many shades of effect, and we must train ourselves to think in all different levels and depths of scale.

DI: Let’s talk a little about influence and the arena you’re in now. The federal government is backing away from agreements and regulations regarding the environment, but mayors are standing up and saying that their cities will still abide by those agreements that were previously held at the national level. So in this arena where there’s a shift away from environmental agreements, have you noticed anything different—either positive or negative—in the support you receive for the kind of work you do?

MJ: I think that general hierarchies and more traditional structures of power are becoming flatter. Connectivity is more accessible and available to people. For example, when our president tweets, everyone knows his immediate thoughts in real time. We all have the same access to the same information. This flattening of hierarchies and systems has been valuable for us because now, the work we’re doing is more visible. It has a larger presence and a wider reach.

DI: What do you see is the potential influence that the architecture and design community could have? Are any barriers to our influence self-imposed?

MJ: In general, we can have influence in many different sectors and disciplines, but clients and developers may be pushing us in certain directions. We tend to listen to them.
If we unified as an entire body and decided that we wouldn’t design or build anything unless certain standards are met—and those standards would get more stringent as time goes on—then our role as influencers would grow.

Today, we have standards as options and possibilities, but they’re not necessarily mandatory. It’s difficult to pass regulations and legislation sometimes because it becomes associated with a monopoly system. Instead, we can use standards as performance criteria, which may negate the association with direct products and direct industries. If we did more self-regulation internally as an industry, we would also increase our influence.

DI: Do you think that individuals from the A/E/C community should become more directly involved in politics and advocacy groups?

MJ: There are examples of architects in government; not as many as we should have, though. We are trained in public speaking and communication, and we are trained in the art of representing an idea to a large audience and then defending it. As a part of our field, we do have the capacity to be leaders, but in general we’re not necessarily of the politic class.

But we are good at what we do. And by working together both as designers and as citizens of the Earth, we can take our influence and leadership to another level.


Mitchell Joachim is the Co-Founder of Terreform ONE and Associate Professor of Practice at NYU. Mitchell upholds noteworthy leadership roles as a University Senator and Co-Chair of Global Design NYU. Formerly, he worked as an architect at the professional of offices of Frank Gehry in Los Angeles, Moshe Safdie in Massachusetts, and I.M. Pei in New York. He has won many awards including: Fulbright Scholarship, LafargeHolcim Acknowledgement Prize, Ove Arup Foundation Grant, Architect R+D Award, AIA New York Urban Design Merit Award, Victor Papanek Social Design Award, 1st Place International Architecture Award, Zumtobel Award for Sustainability, Architizer A+ Award, History Channel Infiniti Award for City of the Future, and Time Magazine Best Invention with MIT Smart Cities. He is a TED Senior Fellow and has been awarded fellowships with Safdie Architects, and the Martin Society for Sustainability at MIT. Mitchell was featured in numerous articles: “The 100 People Who Are Changing America” in Rolling Stone, “The Smart List: 15 People the Next President Should Listen To” in Wired, “50 Under 50 Innovators of the 21st Century” by Images Publishing Group, “The NOW 99” in Dwell, and “Future of The Environment” in Popular Science. He co-authored four books, “Super Cells: Building with Biology” (TED Books), “Global Design: Elsewhere Envisioned” (Prestel, 2014), “XXL-XS: New Directions in Ecological Design” (Actar 2016), and “Design with Life: Biotech Architecture and Resilient Cities” (Actar 2019). His design work has been exhibited in numerous locations including MoMA in New York, DOX Center for Contemporary Art in Prague, MASS MoCA in North Adams, The Building Centre in London, DAZ in Berlin, OCAD in Toronto, NAI in Rotterdam, Seoul Biennale, and Venice Biennale. Previously, he was the Frank Gehry Chair at the University of Toronto and faculty at Pratt, Columbia, Syracuse, Rensselaer, Washington (St. Louis), Cornell, Parsons, and EGS. He earned a Ph.D. at the Massachusetts Institute of Technology, MAUD at Harvard University, M.Arch at Columbia University with honors. 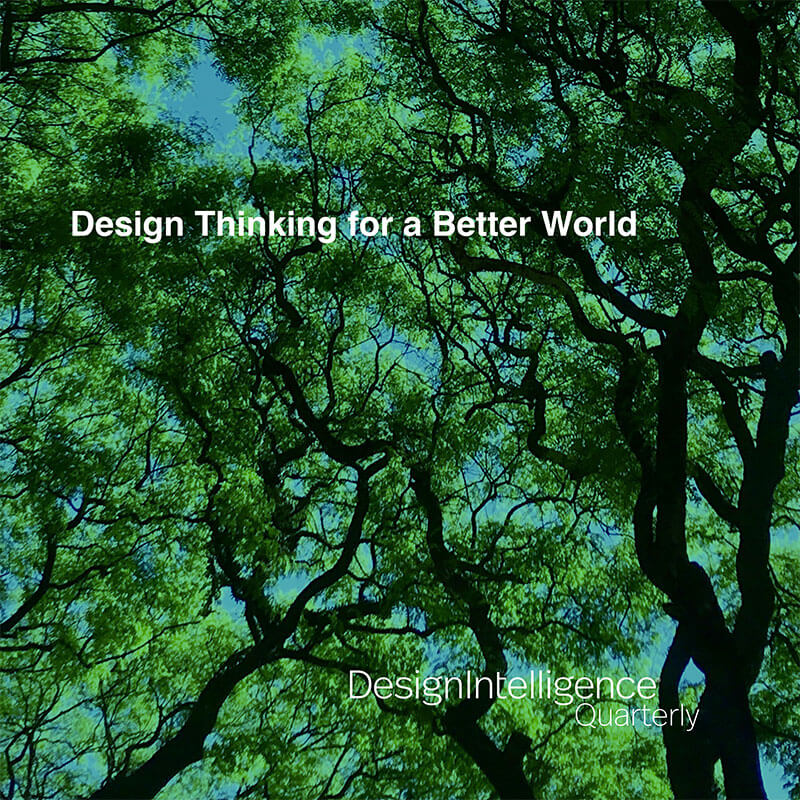