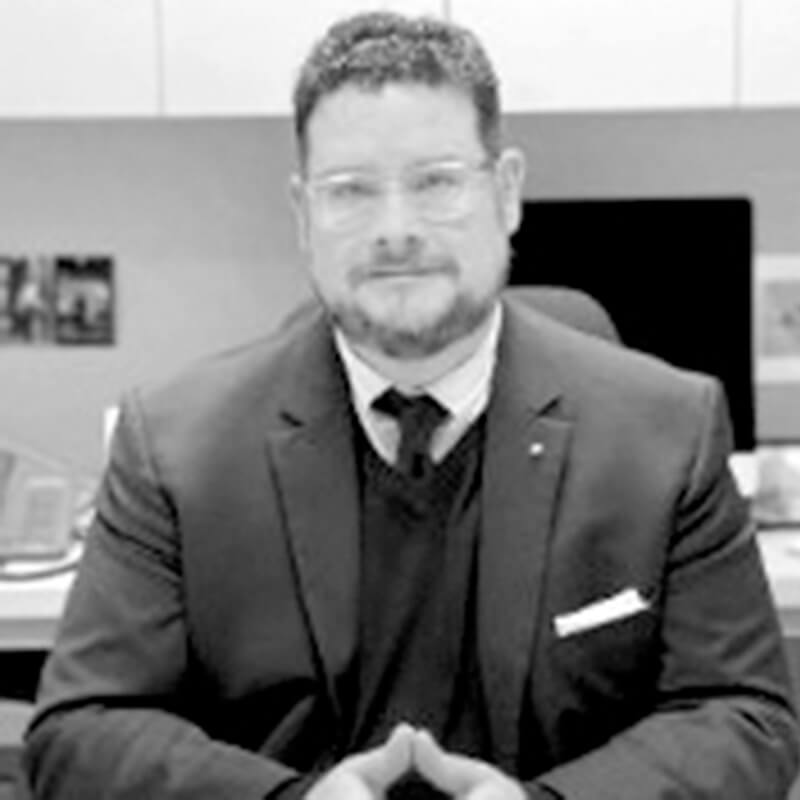 DesignIntelligence (DI): You have an amazing background, having served as dean at the University of Puerto Rico and as guest critic at schools all over the world, from Paris, to Rome, to Asia, Latin America and across the U.S. Your welcome message at Illinois talks about current student programs in Africa and Asia. What have your travels suggested for future directions in collaboration among the design professions?

Francisco Rodríguez-Suárez (FRS): Normally, we have resident studios in Chicago and Barcelona. We are currently also exploring some exciting studios in Tokyo and Johannesburg. Last semester, we investigated Buenos Aires, Argentina; Lagos, Nigeria; and Volterra, Italy. Next semester we are negotiating studios in Puerto Rico and the Dominican Republic, both of which are framed as collaborations with private industry. It is important that we expand our international footprint and relevance, and our possibilities for interdisciplinary and professional collaboration. This semester, Professor Sara Bartumeus is offering a hybrid architecture and landscape architecture studio collaborating with the ETSAB and the municipality of Barcelona. Our current Plym Distinguished Visiting Professor is Mark Raymond, the director of the GSA in Johannesburg, who is leading a joint studio between our two institutions. At Illinois, we are committed to providing and facilitating more of these unique experiences, closer to the realities that shape the contemporary practice of architecture in a world that is smaller and more connected than ever.

DI: You have several other significant interests that give perspective — as a recent past president of the Association of Collegiate Schools of Architecture (ACSA), as a writer and editor of five books and through your own practice at RSVP Architects. Do any of the threads from these roles connect with your current role as director of the program at Illinois?

FRS: I couldn’t practice without teaching and I couldn’t teach without being able to practice. It’s a calibrated balance, a pursuit of a unifying paradigm between theory and practice where one constantly informs the other. Aside from being a professor, writer and editor, I have worked in urban design projects, interior design, graphic design, landscape architecture and industrial design. The education of an architect should synthesize a variety of disciplines and allow their development in an array of scales and contexts.

DI: Architectural educators and practitioners have struggled with how we are perceived over recent decades. Our clients and contractor partners have told us we need to improve in caring about our clients and partners in lieu of or own aesthetic missions. How do we effect those kinds of changes, and are you implementing any of those ideas in the curriculum at Illinois?

FRS: First and foremost, I see myself as a designer in an administrative position: designing programs, solutions, possibilities and collaborations. Designing new platforms. We are here to design, create, facilitate and implement the future. Educators and administrators have to find a way to say yes, to make things happen, to move away from the “impossible” label, to transcend our physical boundaries and export stories others will want to relate to and be a part of.

DI: How would you describe the mindset around collaboration within ACSA schools? Do people care about interacting and collaborating more broadly? Are they teaching it? When can we look back on the Howard Roark model and declare it over?

FRS: When I presided over the ACSA, I said architects needed to sit at the table with other disciplines and direct the discussion. We lobbied for our inclusion within STEM. Whenever I teach a design studio, we stress collaborating in teams. This generation is changing. It is less about heroic individuals like Howard Roark or starchitects, and more about making a difference beyond the traditional reach of architecture. After my time at the Harvard Graduate School of Design, I went back to my hometown and spent five years working on its urban core when everyone else was looking to work in London or New York. I taught at our state university and was able to lead it for almost a decade.

DI: What kind of pedagogy and curriculum are you deploying to teach empathy and better social interaction and communication skills — and the new motivations that go with them? In my education in the ‘70s, our only exposure was being given a group project, but we lacked science and skills training in collaboration.

FRS: I conducted a research project for over a decade that resulted in dozens of interviews, various international symposia and a publication titled “Chronologies of an Architectural Pedagogy.” We visited and documented architecture programs in five different continents and explored various ways that gravitated away from the idea of the starchitect into one where students understand they will be part of a larger team, each with a stake and an understanding of the city, neighborhood and context.

Right now, we are collaborating with Johannesburg, Barcelona, Chicago and with a real architect in Champaign and on the Solar Decathlon. We are even collaborating with the campus image and branding office in a campus wayfinding proposal.

DI: Communication always seems to be at the root of team issues. Lurking behind that are psychological biases and default behaviors. Going back to the welcome video on your college’s webpage, dozens of faculty members spoke in a variety of international languages. Do we need translators on teams? For example, I spent 20 years working as one in a national CM firm. My role was to translate, interpret and add value between the languages of “design,” “construction” and “owner.”

FRS: The architect is a translator by training, speaking the language of the designer, the builder, the banker, the developer, the planner, the politician, the artist and the community activist. I am convinced architects are uniquely qualified to be the translator of the teams that are tasked with the transformation of our physical context. Our education should take into consideration the desirability to be eloquent and articulate in the various languages that will be spoken at the project table.

Most degrees in a university are strictly about the world of the arts or the world of the sciences.
Architecture is the only one that proposes a unifying paradigm between the arts/humanities and the sciences/technology. This is extremely important and invaluable, but we do not talk about it — or take advantage of it.

DI: Beyond the international perspective of diversity, Illinois has traditionally adopted an integrated view of school and practice. Randy Deutsch talks about teaching students to wear multiple hats: design, technology and manager, simultaneously. Does your school’s tradition of an “integrated practical approach” continue under your leadership?

FRS: Absolutely. It is a privilege to have a professor like Randy in our school, who is a leader in the intersection between the profession and the discipline. Illinois has ostensibly developed a solid international reputation through its Building Performance Programs, from the Structures concentration to the integrated approach. I intend to provide a wider platform for their development locally and internationally.

DI: Could your reach include relationships with builders, scientists and more?

FRS: It could. I recently had a conversation with Rachel Switzky, director of Illinois’ Siebel Center for Design, about the possibility of forming a creative board composed of various game-changers, thinkers and disruptors from different schools and faculties at Illinois, including the arts, sciences and business.

DI: Why have architects faced obstacles, biases or issues in collaborating? What can we learn from those experiences?

FRS: For a long time, architects were reluctant to sit at the table and lead where important decisions are made. They shied away from developers and politicians and assumed an impenetrable bubble of a righteous self-referential discourse.

As a result, our roles were defined by others based on their misconceptions and particular biases. In some cultures, the architect was little more than an aesthetic consultant who provided the frosting for the cake developed by a group of respectable engineers.

I have worked in such environments where it was incredibly difficult to enroll everyone in a vision, when no one was ready to accept your leadership role. I believe we are now designing our own platforms for the development of our discipline and projecting its agency and potential as opposed to its limitations.

I’m very optimistic about the future.

For nine years, he served as dean of the University of Puerto Rico School of Architecture and has taught and lectured at various universities in Europe, Asia, Latin America, Africa, and the United States. He has been invited by the American Academy in Rome to be a visiting scholar and by many prestigious universities to be visiting critic, including the AA, MIT, Harvard, Penn, Cornell, Barcelona, Seville, Toronto, Madrid, Barcelona, the Glasgow School of Arts, Tulane, Rice, the Istanbul Technological University and the University of Johannesburg. He served as the director of (in)forma, an award-winning academic journal, and has edited five books including “Alma Mater,” “Aula Magna,” “Chronologies of an Architectural Pedagogy,” “De Buena Tinta” and “Contemporary Architecture in Puerto Rico 1992–2010,” a joint effort with the AIA.

His practice, RSVP Architects, has earned over 10 AIA-PR awards and citations and several BIENAL awards in seven different categories. Rodríguez-Suárez is a Fellow of the AIA and was selected by El Nuevo Día newspaper as one of the ten most influential pioneers in Puerto Rico in 2008, when he collaborated with artist Ai Wei Wei on the Ordos 100 project in China. He recently finished his term as president of the Association of Collegiate Schools of Architecture (ACSA). 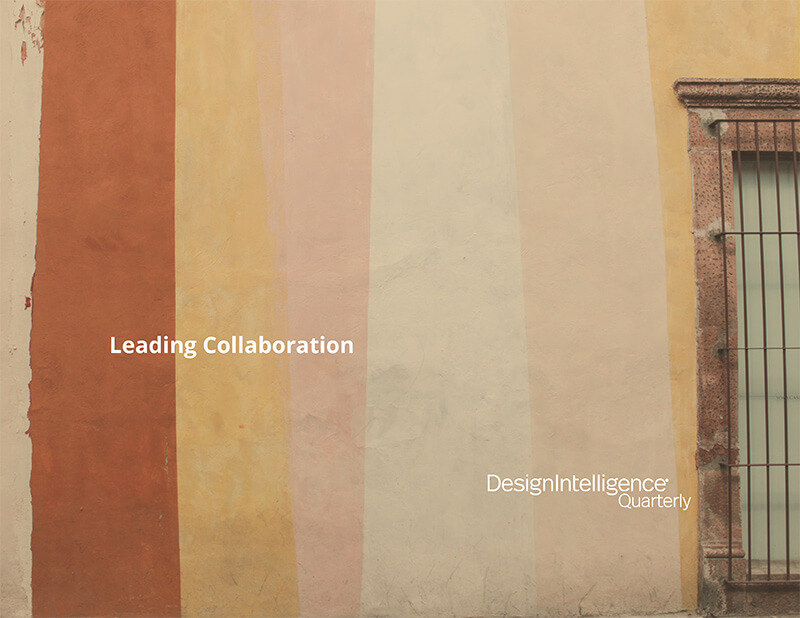 Threading the Needle of Opportunity

Diversity of Thought, with a Common Purpose

The Future of Urban Change