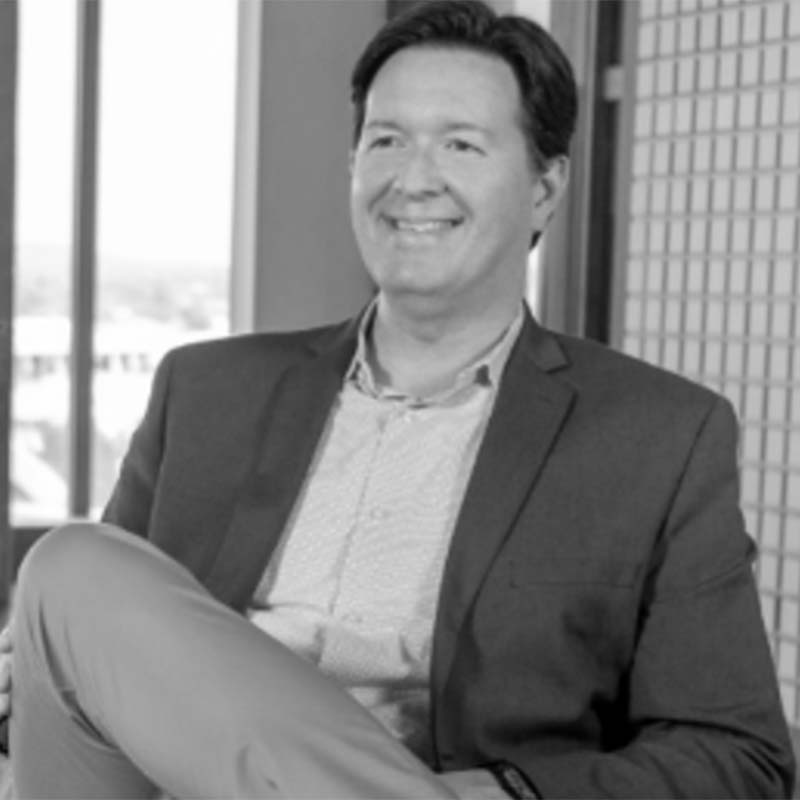 It’s been a year and a half like no other – a time when the closure of many offices and workplaces due to COVID-19 signaled a new era of working from home. Many companies and organizations are returning to the office and reuniting their employees as vaccines continue to be released and restrictions begin to ease. As we begin to emerge from isolation, undoubtedly there will be personal lessons to share. This is also an opportune time to explore the collective lessons we’ve learned about social justice since the events of the summer of 2020 and ask a few questions, including: How can we apply these lessons to reunite our cities? Designers can play a pivotal role in how that transpires, and we have an obligation to be a part of healing our communities. But before we can commence the healing with any sense of equity, we need to take a good look in the mirror and, dare I say, check our egos at the door.

Don’t get me wrong — it’s important for architects to have self-assurance. Our profession celebrates such attitudes. But there’s a big difference between a healthy dose of self-confidence and what I refer to as the “big man syndrome” — namely, a genius surrounded by acolytes executing his vision — that has permeated the architectural profession for too long. Whether it’s Louis Kahn, Frank Lloyd Wright or any number of similar exemplars, more often than not this genius is a white male of European descent. While I do not take issue with “starchitects” in general, this image strikes me as anachronistic these days.

Today, buildings and their contexts are far more complex. To catalyze change we need to embrace that complexity rather than passively subverting it as we have done for decades. This brings me to my main point: We all recognize our profession carries a certain amount of baggage around how architects view themselves and who participates in what we do. The sooner we rid ourselves of this baggage, the better off our profession will be. That’s easier said than done, however, and many of us who began our training in the ’80s or ’90s may not have the tools we need to be fully aware of how we might learn to leave that baggage behind — for good. How might we acquire them, and where do we begin?

Be Open to Outside Perspectives

For starters, we need to rid ourselves of the old-school, know-it-all mindset that we’re supposed to know it all. This is especially important when it comes to designing for equity.

I was reminded of this recently when my colleague, Louis Johnson, a landscape architect in Gresham Smith’s Louisville office, shared his conversation with a community leader — a Black woman in her late 30s or early 40s — who lived in a small, predominantly-white rural town. While discussing the master plan Louis and his team were developing for the downtown area, the woman said something that resonated with Louis because it’s an issue many architects grapple with:

“I just want a place to be comfortable,” she said. “I’d like that to be a part of the master plan.”

In his quest to understand, Louis asked her to expand on her comment, since comfortable can mean different things to different people. In response, she cited an example of a park in a larger city where she felt comfortable because it was a place where she and her friends could be themselves. They could “be loud and have fun” without fear of being judged or policed. Her implication: There weren’t spaces like that for her in her small hometown. This outsider’s perspective was an “aha” moment for my colleague in terms of design equity awareness. It made him think more deeply about how people can be made to feel uncomfortable as a result of intentional public policies as well as unintentional decisions, such as the use of defensive design techniques.

This example raises a key question: How do we measure comfort and inclusivity in the design and planning of public spaces? As comfort and inclusivity are often difficult to measure from a planning perspective, it isn’t an easy question to answer. Nonetheless, architects must do one thing above all else to fully address a community’s biggest challenges in our desire to design for equity. We must listen. Truly listen. This involves validating all people’s opinions and life experiences — an important factor relative to genuine community engagement. If we fail to seek the opinions that matter (and whose matter more than actual users?), we design professionals face a potentially slippery slope as we are called to acknowledge and act on the realities of how our work impacts communities.

Bringing the Outside In

I recently had my own “aha” moment while working on a business development pursuit for an integrated mixed-use project. Having worked on many similar programs throughout my career, my experience has provided a good understanding of the complexity of mixed-used developments.

In such projects, all the pieces must fit together — a difficult task at best. For this engagement, our team partnered with someone from outside our typical sphere of “experts.” She contributed significantly to the project conceptualization by bringing a fresh perspective that nobody else on our team had articulated, despite our collective experience and knowledge.

Her viewpoint made me realize that personal experience can be your own worst enemy because it can narrow your field of vision. One of the ways you become formulaic in design is to do something successfully, even if only once. Why? Because it leads to the temptation to repeat that formula. In the case of our example project, listening to an outside point of view changed the momentum and project storyline for the better. The experience served as a personal reminder that we have to be perpetually open to receiving input from anybody — often from groups of constituents who have much to offer but who have had little or no voice in the past.

Left, Community engagement was key to the success of Olmsted Parks’ Victory Park Master Plan. Middle, Eliciting others’ ideas and opinions through creating shared experiences, like the bus-stop breakfast run as part of the Broadway Master Plan, is one of the best ways to attain genuine buy-in on a project. Right, The idea for Produce Park in Louisville, Kentucky, was born out of conversations between Gresham Smith, the University of Kentucky’s Department of Landscape Architecture and the local community. The once-vacant lot is now a community orchard that serves as a gathering space for residents of Louisville’s Russell neighborhood. Photos courtesy of Gresham Smith.

The bluest ocean of ideas doesn’t flow from a homogenous team of professional practitioners, rather, from a diversity of contributors. One of the greatest talents an architect can bring to the table is the ability to integrate. Now, more than ever, it’s important for us to actively play the role of collaboration instigators and integrators.

We are good at convening and providing order from a range of narrow, deep experts. Similarly, it’s inevitable that other players, like contractors and software designers, will continue to infringe on what we do regarding design. On one hand, we should push back and reclaim some of our territory. On the other hand, we should embrace these other players and work to integrate their various parts, pieces and perspectives in harmonious, functional ways. In other words, we need to be as open-minded and as accepting of diversity, equity and inclusion as we can.

Knowing and Listening to Your Clients

Although the client you’re contracted with might be a city entity, when it comes to community planning, it’s important to plan for the people who actually live in that community. These end-users are our ultimate clients. Accordingly, we need to learn how to listen to them better. For some, that involves getting comfortable with being uncomfortable. This reminds me of a thought-provoking interview with Black designer and planner Walter Hood entitled “Black Landscapes Matter”, (6/24/2020, THE DIRT Magazine.) In it he discusses his experience with white architects who approached him for help working in Black communities. His noteworthy response has stayed with me:

“No, you don’t need me. You need to get in there and roll up your sleeves. This is not my problem. Until it changes, we’ll be back in the same position 20 years from now, asking why we’re not in a diverse profession.”

Hood also points out a welcome, unexpected consequence: He can design for anyone because he has had to learn to do so. That skill, he said, came from having to learn about white America. In sharp contrast, he notes that he hasn’t seen that same investment from white designers when it comes to learning about and understanding Black communities.

Regardless of race, ethnicity or orientation, people are at the center of all our work. If we don’t roll up our sleeves and do the hard work as Hood suggests — taking the time to get out there and listen to people about their unique experiences and needs — how can we possibly expect to execute inclusive, equitable designs? As Louis Johnson eloquently stated, without deploying equitable design processes, we leave most people out of the equation, which is ultimately a failure. To succeed, we must allow our work to benefit the most people.

One of the ways our Louisville office has been working toward benefiting the most people is through meeting them where they are. When developing the city’s Broadway Master Plan, for example, Louis Johnson and his team hit the downtown streets to identify ways the six-mile corridor could meet the needs of all people. The team showed up at bus stops during morning peak hours with breakfast and hot coffee and simply talked to members of the community while they waited for the bus. This allowed the team to garner valuable feedback from hundreds of people — a huge success by any public engagement meeting standard. When the COVID-19 pandemic hit, ever mindful of the digital divide and the fact that not everyone has access to the internet, computers and iPads, the team switched gears by inviting feedback from members of the community via text messages, as access to cell phones tends to be high across all communities, including lower-income areas.

Eliciting others’ ideas and opinions through creating shared experiences like the bus-stop breakfast run is one of the best ways to attain genuine buy-in on a project while encouraging a sense of ownership and security among community members. This is especially true of neighborhoods that have traditionally been disenfranchised or disconnected from the typical public spaces and “right-of-way” areas that we think of as being owned by communities, such as public parks or the front entrances and stoops of apartments. Being intentional about seeking public opinion is a two-way street (if you’ll pardon the pun). It’s not simply a matter of saying, “Give us your ideas.” It’s also about sharing our solutions with the community to confirm we’ve addressed the issues that matter to them the most.

Ultimately, having an attitude of inclusivity can be a catalyst for success. As architects, we have the perfect platform to serve as conduits for diverse perspectives and voices, including voices long ignored. More than developing formulaic solutions, we can help organizations and agencies uncover their blind spots. In turn, we can deliver on our mission to design for equity and community vitality. 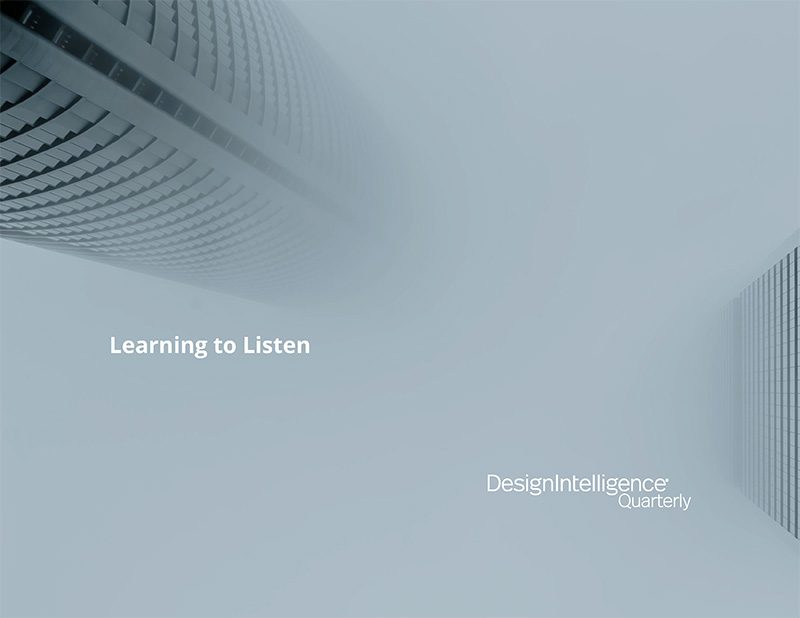