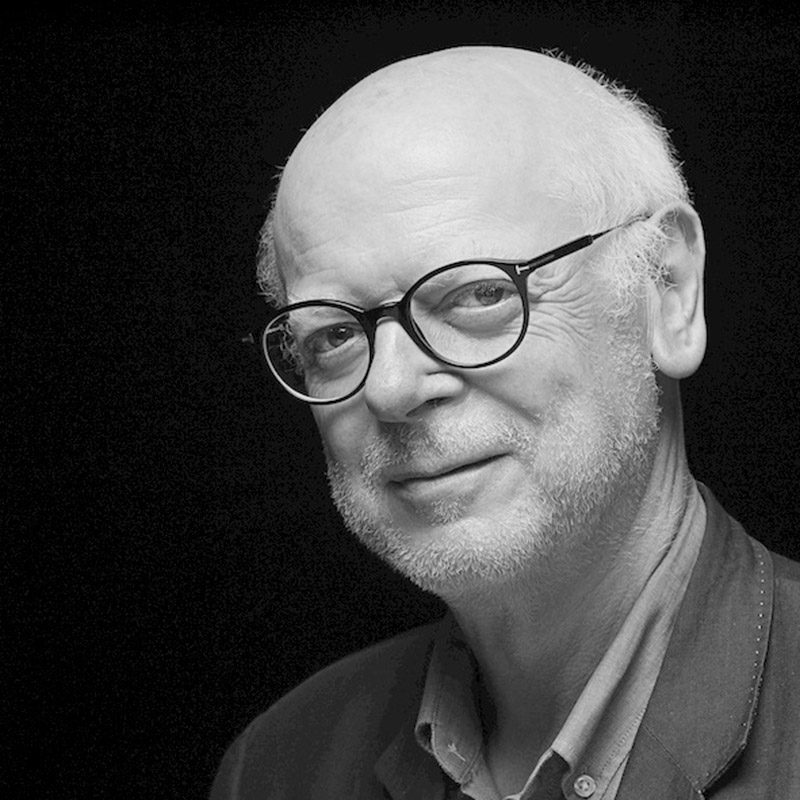 From cell phones and cities to corporations and climates, we have the knowledge to effect sustainable change, but our geopolitical systems limit us

British comedian Michael McIntyre does a brilliant sketch in which he mocks us for being unable to leave home without taking our encyclopaedias, our photo albums, our entire record/CD collection, our maps and board games, our dictionary, calculator, camera, and compass, all our phone directories and even our torch. Check it out on YouTube — it’s hilarious. Essentially, McIntyre recognises, and describes to great effect, the multi-functional role of today’s “mobile phones,” and our consequent dependence on them as indispensable accessories.

Few of us will ever forget that day of 9 January 2007 when Steve Jobs unveiled one of the finest examples of radical innovation ever developed, the iPhone, with its touchscreen-operated computer functions, camera and Web-browsing capabilities.

Today’s generation of smart phones are widely copied by Samsung and others. Technically still classified as “cell phones” (because they do not require a landline connection), these incredible devices have dramatically transcended mere telephony. Yet strangely, despite now offering such a wide array of technological functions, having so profound an effect on our behaviours and achieving such extraordinary market penetration worldwide, they have no suitable name. No noun adequately describes them. Perversely and bizarrely we still refer to them as “my mobile” or “my phone” or by their brand name as in, “Where’s my iPhone?” or “Fetch my Samsung.”

With state-of-the-art computing capabilities that drastically exceed those of the first moon landing craft, our “mobiles” surely deserve a proper moniker that effectively describes their breadth of function.

In a personal quest to update their name, I proposed “4thought,” after Prometheus. That god of Greek mythology — his name means “forethought” — was known for his intelligence and is acknowledged as the author of the human arts and sciences. But, “Where’s my 4thought?” is a bit clunky … My grandson prefers to simply call it a “Linky,” as it connects us to the world of people and knowledge around us. “Is my Linky fully charged yet?” sounds much cooler!

The telephone has been subjected to much development since its invention in the latter part of the 19th century, one major milestone being that switch to radio signal connectivity rather than ongoing reliance on landlines. No one would argue such a significant improvement — which catalyzed and facilitated the mobile phone for everyday public use — would qualify as an innovation, but was it an incremental innovation or was it a radical innovation? This is a key question, for in this respect, what the Linky did to the phone markets and consumer behaviour is what qualifies it as a radically innovative concept.

To the uninitiated, “radical innovation” may of course seem to be a tautology. Far from it. Radical qualifies and defines the superlative amongst a range of possible categories, including: incremental, architectural (nothing to do with architecture!), disruptive and radical. The American business strategist and author Tony Robbins suggests that radical innovators are people or businesses that create new information or products that transform their industry. Revolution, not evolution!

In the world of architectural design, calls have long been made for innovation and innovative solutions, but the references have become so overused within the ever-conservative development and construction industry that the word is now as meaningless as it is boring. Yet we live at a time when, more than ever, radical innovation is desperately needed in our processes of building design and city-making.

At the individual level, irrespective of their appearance or beauty, buildings should be designed against far more sophisticated agendas of ecological sustainability. Although we know this as professionals, our approach to materials, component selection and construction remains all too wasteful and destructive, particularly in the context of embodied energy and “cradle-to-cradle” recyclability. In operational terms, we are still at ground zero in embracing alternative and renewable energy sources. We can do so much better in both respects, but still the design, construction and operation of buildings, new and retrofitted, are in dire need of sweeping programmes of radical innovation.

The biggest challenge lies in the planning of our cities, not in the architectures of individual buildings, and here a key clue lies in the issue of compactness: We are still building our cities — whether new, or more commonly, expanded — to unacceptably low densities. Even worse, most of these expansions are effectively unplanned. Little in the way of “joined up” thinking or real forethought exists. In particular, land use/transport reconciliation is non-existent. If you don’t believe me, take a look at this video and consider the awful and inevitable conclusion of such ill-conceived and ill-coordinated construction continuing unconstrained across our globe.

Our Cities | Timelapse in Google Earth See how cities around the globe have changed since 1984 through a global time-lapse video from Google Earth.

Whilst we cannot go on like this, the awful truth is that we cannot stop going on like this. Despite all our cleverness as individuals, and as corporations, the dreadful dichotomy is this: As we become ever more out of control in our pursuit of freedom, we are simultaneously becoming increasingly under the control of the large multinational corporations. Instead, at the very time when the influence of national governments on our day-to-day lives is on the wane, we need to evolve systems of international governance that ensure national, corporate and individual conducts that preserve, rather than destroy, the planet.

But such governance remains a utopian dream, far beyond our capabilities. Indeed, in the western democracies we are increasingly, at this most critical of times, rejecting the very principles of international cooperation and regulation. By way of examples, the U.K. elected (admittedly by the slenderest of majorities) to deliver what may yet prove to be a death blow to the European Union. Through the collective myopia and selfishness of the majority amongst this “island people,” bold and effective pan-national instruments and processes in the regulation and control of manufacturing and distribution have been dissolved, just when we most need them to be refined and expanded.

Likewise, the USA has (re)turned to isolationist policies, through its recent clarion calls of “America First” and its rejections of the United Nations, the World Health Organisation and the Paris Accord. Think about that: The U.K. and the USA effectively abrogating their hitherto assumed and acknowledged global leadership roles to turn their gazes inward …

The message here is clear: We desperately need radical innovation in the way we live and operate at city, regional, state, national and international levels. Put simply, our socioeconomic-political systems of governance have not evolved with the sophistication necessary to responsibly manage our expanding technical, manufacturing and commercial trading capabilities. Consequently, these capabilities have developed without adequate restraint — and to devastating effect — in pursuit of market growth and profit.

In short, we allow corporations to make and distribute products and services that are bad for us. We permit their use without adequate control. For example, the internal combustion engine. For example, air travel. For example, plastics. The result is that the pure sands of 18,000 islands in Indonesia are all peppered with polystyrene granules; the white snows of the Artic and Antarctica are black with carbon soot; the oceans are awash with plastic debris and the very ozone layer that protects our world has been breached with gaping holes. This blatant disregard and destruction has mostly happened in the last quarter century or so; that is, on our watch! And it’s getting worse at an exponential rate. Shamefully, we all know all this already — every government knows it, every international agency and corporation knows it, the entire thinking world knows it — but we are seemingly powerless to do anything to stop it. This journey to disaster won’t be slowed, let alone reversed, unless our political systems are subjected to a programme of radical innovation.

All of which takes me to the brilliant “rolling workshop” David Gilmore heroically staged in Rome and Venice this October on behalf of the Design Futures Council (DFC). Bringing together academics, practitioners and representatives of leading professional institutes from around the world, he asked participants to contemplate the United Nations’ 17 Sustainable Development Goals in the context of designing and managing our future cities. Borrowing from the theme of this year’s Venice Biennale, the essential question was posed in the first session of DFC’s Day 1 event: How will we live together? Or, as past UIA president Tom Vonier put it so well, how is it best to live in our cities?

One of the working groups concluded that the design professions already hold the knowledge and intelligence required to solve the environmental challenges the world faces. Yes, even at current population levels, we can still live in ecological harmony with our host environment. They defined the problem thus: The horizons under which our political systems operate, based on four- and five-year election cycles, are too short, and the young are insufficiently empowered for their knowledge and design skills to be used to proper effect.

So, whilst intelligent design is the answer, no amount of design intelligence can have any useful effect unless our political systems at international, national and city levels ensure that such design intelligence is applied effectively. The obstacles in that respect are immense. This was beautifully illustrated in the very first episode of Geoffrey Robertson’s brilliant series “Hypotheticals” as broadcast on Australian television in the 1980s.

The programme was named after a teaching methodology developed at Harvard Law School some 90 years ago, in which students were briefed to adopt roles in hypothetical situations to familiarise themselves with the practise of law and to hone their skills in legal analysis and advocacy. Robertson used the technique to brilliant effect in “The Fast Track” way back in 1985 (which was the effective starting date for each of the city expansions recorded in the earlier video referenced above), to demonstrate the utter ineffectiveness of our western, market-economy, democratic systems to get the right things done. Check it out.

I am also reminded of Brian Anson, who tutored at the Architectural Association in the early and mid-’70s. A refugee from the Greater London Corporation, he had gotten himself fired for opposing plans to demolish the beautiful old Covent Garden Market Hall. It was subsequently saved, in no small part through his efforts, and put to wonderful reuse as a small business, retail and tourist destination. Brilliantly successful, it became one of the city’s major landmark destinations.

Heavily battle-scarred after a decade of activism, Anson argued with considerable passion that we should all hang up our T-squares and set aside our drawing instruments to join a struggle for a new political-economic order through which tomorrow’s socially responsible architecture could be delivered. I thought him too radical and well adrift of sensible thinking back then; now, I am not so sure. 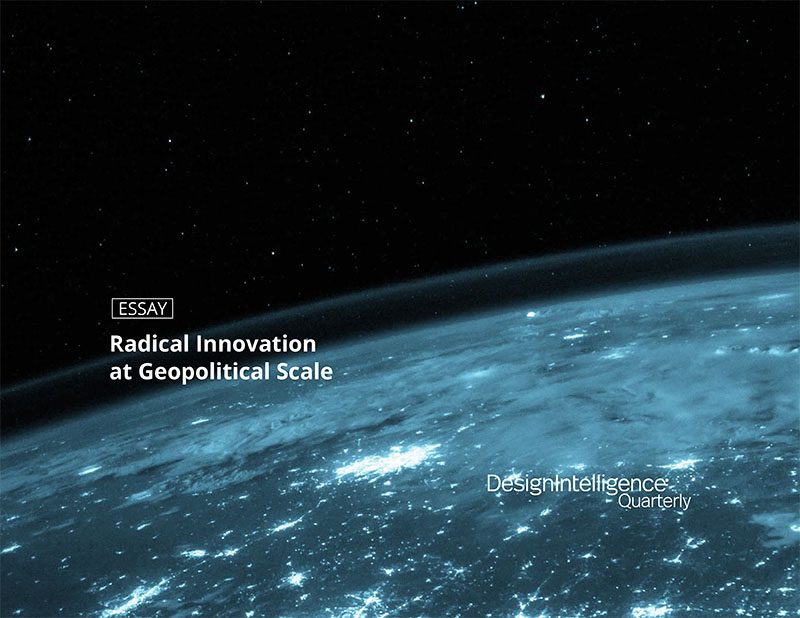