Through The Marketing Looking Glass 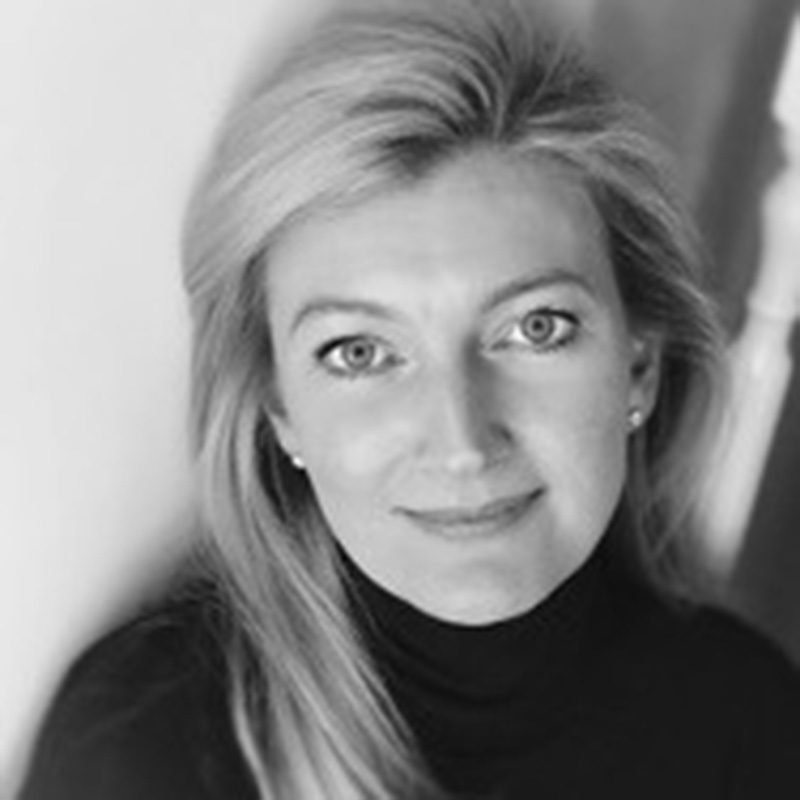 I have to level with you, I am not an architect! But if we are seeking to grow our influence and become better stewards as design professionals, perhaps that offers an advantage. To find out, let me take you on my personal journey through the lens of a “seasoned marketer” to explore some of what my perspective of good stewardship and influence of the built environment has included over the past 25 years.

As I started to contemplate the meaning of influence, it struck me how many political, economic and now, sadly, environmental landscapes I have experienced over the years in my quest to “make meaning.” I have worked on the client side for many influential and well-respected developers over the years. I first cut my teeth in real estate back in the heady days of the early 1990s at Broadgate, the 32-acre office-and-retail labyrinth nestled in London beside Liverpool Street Station. It has long been considered the architectural embodiment of the late-1980s economic “Big Bang” that followed Prime Minister Margaret Thatcher’s deregulation of financial markets.

To catalyze its momentum, Thatcher famously launched construction work on-site from the seat of a mechanical digger. The masterplan and initial phase of the development were designed by ARUP Associates, with the Chicago-based architects Skidmore, Owings & Merrill responsible for later additions. The result was a collage of large-scale, high-tech and postmodernist projects centered around Broadgate Circle, a travertine amphitheater overlooked by shops, restaurants and trading floors. At the time, it was seen as progress, exerting much political and economic influence. The ambitious scheme pushed the city’s boundaries north and east, and as it revealed itself, did much to influence the market. Stanhope, under the visionary leadership of Sir Stuart Lipman, settled for nothing less than excellence in every aspect. He worked diligently to convene a wonderful example of public- and private-sector partnership. In its time, Broadgate was THE best place to rent space in London if you were a global bank or law firm. Its marketing suite was opulent and generous with huge scale models and glossy full-bleed brochures. The majority of the space was pre-leased through site tours and lavish cocktail parties. But the scheme also offered other, more subtle outcomes, which have further influenced current design thinking:

Through its cache and innovative connective features, Broadgate made its mark, has stood the test of time and is still replicated today.

Attack at The Heart of The City of London

In April 1993, the Irish Republican Party (IRA) planted a bomb in a stolen truck and detonated it outside 99 Bishopsgate in the heart of the City of London. The explosion killed one person and injured 44 more. This politically motivated attack brought genuine fear to government and office workers alike. I was approached by the developer-owner of the devastated building, Hammerson plc, to deliver a marketing and communications strategy to “change perceptions” as they salvaged the existing 26-story tower. I left Broadgate, which was now nearing successful completion, and I set to work with a striking campaign to enact a rebirth of the building and all its new technological offerings, such as Category A raised flooring, CCTV and security access systems. We ran a “Business as Usual” campaign to win back hearts and minds. Beyond the financial and commercial aspects of this project, the emotional narrative was a key component in influencing the project’s resurrection. Leading by example in their stewardship and leadership, Hammerson plc sought — in the rebuilding of 99 Bishopsgate — to have it become the metaphor of the city’s’ ability to “keep calm and carry on.”

By the mid-’90s, I found myself in the midst of marketing the development of several mega shopping malls across the UK and Europe (some simultaneously!). The consumer-led demand for shopping, and the insatiable need for “consumption” had led to the proliferation of shopping centers in most regional towns. My campaigns had to influence from the outset, with grassroots storytelling to local councils to convince them why this was the best solution and how we, the developer, would engage communities, stimulate the job market and be there for the long-term prosperity of the town. This was stewardship and influence in action, with authentic active engagement and celebration of the local history and ambition past, present
and future.

When I reflect through the looking glass of my career, I see that I have been fortunate to work with responsible and visionary publicly listed company landlords, people who genuinely strive to leave lasting legacies in the towns and cities they touch, and, in many cases, still own to this day. They were responding to the markets presented at the time.

In 2006, Al Gore entered my conscience with his dramatic documentary “An Inconvenient Truth.”1  This was a pivotal moment for me. Here was global influence in action, and his words proved to be prophetic some 15 years later. My understanding of the importance of good stewardship and what that meant for individuals and institutions alike became more meaningful and urgent. I began to see developers wake up to this and look to make changes in small ways to their construction programs, with the use of photovoltaics, green roofs and even beekeeping.

But influence has become more complex in the last 10 years. The dawn of social media has been a game changer as a marketing professional. News travels faster than ever before. Citizens’ opinions matter. The people have spoken! And people have power. Multichannel voices and marketing media are now essential to those who wish to exert influence. Now, working at CRTKL, my perspective of “influence” has grown further with my purview across Europe, the Middle East and Africa (EMEA) and how we reach to meet and translate some of our clients most complex challenges with resilient and sustainable solutions. At countrywide or regional levels, I see different developmental and economic stages affecting the AEC industry. For example, the pace and ambition of the Kingdom of Saudi Arabia is seen in its Vision 2030 manifesto, in which it sets out its stewardship of the country in a post-oil era to attract tourists and embrace and support the next generations of Saudi Arabian citizens (a next generation who on average own at least three mobile phones each and where 70% of the population is under 40). The country seeks to reinvent itself in creating self-sustaining, environmentally resilient advanced communities. And I have no doubt the adoption of digital technology and their deep financial resources will fast-track their ability and get them there.

And what about the further influencing effects of the pandemic and the climate crisis to highlight and shape the future of cities? As providers and stewards of the built environment, we have an enormous role to play. Although the economic value of the real estate sector is high, its contribution to environmental and social value creation is more mixed and can lead to negative impacts. Buildings and construction account for 36% of global energy use and 39% of energy-related carbon dioxide (CO2) emissions.

It seems to me that NOW is the moment when it all comes together. We have come full circle. In my career to date, I have not seen a moment like this before. I have seen influence applied to drive commercial value on most projects and in some instances, societal or environmental values also played an important part, but rarely both together. Now that the industry has finally developed a social conscience, we must be diligent and disciplined in our pursuit of upholding it. This is the opportunity.

A Call to Action

Now, we need to build external influence to inspire the industry to make informed decisions about how to invest and deliver lasting, transformative positive impact for communities worldwide. We need a road map to enhance the AEC’s contribution to Environmental Sustainability Goals (ESG) value creation. Perhaps it is time to refuse to work with developers and who do not uphold those values and ambitions. Good design should yield meaningful economic AND environmental and societal outcomes. Perhaps we should never construct another building again. Instead, we should always look first to embrace the embodied carbon in the existing structure and explore the feasibility to repurpose it in our pursuit of doing the right thing. Perhaps this is the way to influence, through our staunch defense and refusal to “tow the client’s commercial value line.”

A recent Urban Land Institute survey in Europe stated that organizational leadership is regarded as the most important driver of true ESG value creation, with 50% of those surveyed saying it was their top priority. This is where design professionals need to step in. How can we challenge and advise, support and influence these decisions at leadership level within the real estate market?

In what ways can we demonstrate that “good design” is more than “good design”? What do high quality buildings and spaces give back, in hard financial and utilitarian terms, to those who fund and use them? And how can that value be meaningfully captured so clients, investors and developers are persuaded that good design adds to the bottom line and gives their product a competitive edge?

My most significant and memorable experiences around successful stewardship and influence always happened when the time was taken to agree upon a collective strategy, when stakeholders came together and aligned in a positive way and pooled their resources. Such an integrated positive approach in my view is always the best way to influence and effect change: Multiple voices sharing the same collective and aligned message is powerful stuff indeed!

Simply put, climate neutrality, digital leadership and the built environment are inexorably intertwined. Efficient stewardship of the built environment in concert with all three factors must be the future. It will be an exciting time for marketers across the industry to harness this purposeful, important and complex combination of technology, people and planet to win hearts and minds. To make a difference, surely this is the kind of global campaign we must all embrace.

“It makes no sense to think of people — and development — as somehow separate from the planet. We are embedded in nature. Neglecting this not only threatens future generations with catastrophic risks but is already blighting the lives of many today.”


Katie Pattison is associate principal, marketing lead EMEA and urban strategist at CRTKL. As strategic marketeer with over 25 years’ experience in B2B and B2C marketing and communications of real estate, Pattison’s extensive knowledge has been gained from working for companies including Stanhope PLC, BP Pensions Funds and Hammerson plc and CRTKL, a global design firm. With a comprehensive understanding of construction, architecture and placemaking for retail, residential and offices, she focuses on creating a collaborative environment and passionately believes in delivering strategies and projects that have relevance for their audience and leave a legacy for the communities that live and work in them. 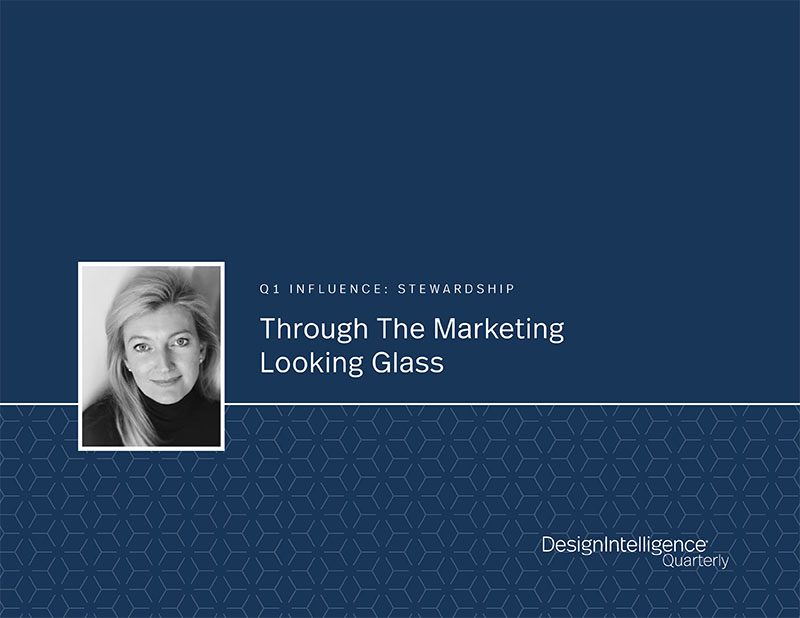 FOOTNOTES:
1. View the trailer for the documentary, "An Inconvenient Truth"