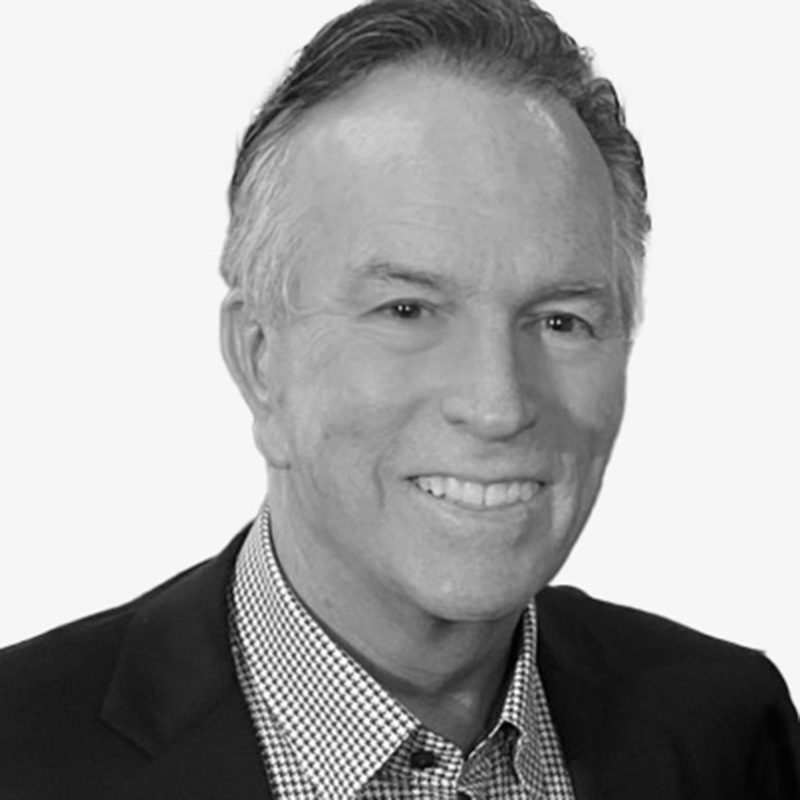 The following essay compiles content from three recent leadership podcasts by Dave Gilmore, originally published on “This is DesignIntelligence” in October 2022. To hear these presentations, click the links below.

Over this year, I’ve encountered a few people currently serving in secondary leadership roles who earnestly desire to become the primary leaders in their firms. They’ve sought my advice about advancement. They are eager to present their position when opportunities are present. They’re the first to respond in a collective gathering when senior leaders are in attendance. These are bright, intelligent and knowledgeable people who can add tremendous value to their firms.

I’ve interacted with these folks on multiple occasions as I travel across the globe and am honored that they seek my advice. In every interaction, each is open about their ambition to take more heightened leadership roles. You may be thinking, “Oh, I know where this is going! He’s going to share his corrective words to these overly ambitious people.”

Not particularly. Actually, I applaud the ambition and have encouraged each to keep learning, remain diligent to apply proven leadership principles where applicable, and ask themselves, “How is my leadership advancing others and bettering the organization as a whole?”

What I’ve been pondering in these interactions is what’s behind the obvious scenes, the context each is operating within daily. I wonder what the leadership culture is like in each firm. How do senior-most leaders think, speak, express and behave? What’s the decision-making pattern operating among the senior leadership level? How are leaders selected and advanced? What’s the reconciling remedy for conflict resolution among leaders? How does the organization judge the effectiveness of leadership? Is trust clearly evident among senior leaders? Is this healthy trust marked by openness and vulnerability or unhealthy trust marked by closed-rank cronyism and codependence? Do senior leaders surround themselves with yes people who go along to get along or with mature truth-tellers who are welcome to present alternatives and positively challenge decisions for the betterment of the organization? Would the employee base say their leadership is responsible? Would they acknowledge senior leadership’s wisdom and understanding? Honestly, what would the employees state as the primary attributes or marks of their current senior leaders?

These and other questions help us identify the leadership culture operating across firms that positively and/or negatively set the context for rising leaders. Are rising leaders dissatisfied with the firm’s leadership culture and desire to positively change it? The caution here is that dissatisfaction too often leads to disrespectful criticism that divides and diminishes rather than unifying and strengthening. Such dissatisfaction, though sincere and heartfelt, is often myopic, blind to the larger context, history and themes driving current senior leadership outcomes.

So, what to do? As always, seeking understanding is the best place to begin. Start with examining your own ambitions to understand what’s driving you. Is it really for the betterment of the organization, the best for the most? To have greater leadership impact, first come alongside senior leadership, get to know them, learn what makes them effective (and ineffective), and then you can better direct dissatisfaction toward understanding-centric changes.

Leadership is often a thankless role. Sincere affirmation is far too often the exception rather than the rule. It seems people are more inclined to criticize than sincerely affirm the decisions and positive outcomes of leadership.

A friend of mine recently shared a story he was a part of that makes the point. He was approaching the breakroom close to the executive office section on his floor to refill his coffee cup when he spotted the CEO of the firm standing with back against wall right outside the breakroom space. He had a serious look on his face and was postured in a “not good place” demeanor.

My friend diverted his path to the breakroom another direction and made his way around to the other entry so as not to disturb his boss. As he entered the room, he noted a group of three senior staff members sitting together on the far side of the room having a conversation. He overheard one comment as he entered, “I agree with you that he is perhaps the most inept leader this firm has ever had in its fifty-plus years of existence. Clueless might be the better term to describe him. Why would anyone in their right mind make that decision?”

As the group saw him crossing to the coffee pot, they greeted him and lowered their voices. My friend now understood what was happening. The CEO must have also been approaching the breakroom when he too overheard this group and, instead of going in, had paused to listen outside the entry.

He told me he was suddenly struck by the harmful and hurtful power of limited perspective and vicious criticism and turned to the group and asked what they were talking about. Two of them sat there silent, as if caught in their negativity, while the other cavalierly responded, “We were discussing the clueless decisions coming out of the CEO’s office. In particular, why he would turn down the opportunity to pursue the largest, most profitable project the firm has ever had a chance of winning. Everybody’s talking about it, you know.”

My friend pulled up a chair to join the group and said, “Well you and everybody must not have the facts. The CEO, when he was informed of the opportunity and our supposed inside-advantage relationship with one of the client decision-makers, had our research group review the financials of the client, the status of other large projects they had launched in the past few years and, in particular, the details about the inside source. What was discovered was that this client was over-leveraged, missing payments to servicers and consultants and was involved in multiple lawsuits with construction companies. It was also discovered that two of the three projects in duress were sponsored by the same inside-relationship source sponsoring us. After careful analysis, relationship checks and running it through the risk committee, he decided to pass on the opportunity. Those are the facts. Probably best to get them before you open your mouth to spread negative criticisms. Having him at the helm making informed decisions is what’s keeping us profitable and saving our jobs.”

My friend left the breakroom, walked right past the CEO, who was still standing there, and headed back to his area of the floor. That was it. Did the CEO come over to thank him? No, and none was expected. Did the group of criticizers suddenly change and become mature employees. Who knows? But, in all likelihood, no. Did the firm become aware their CEO was responsible and had all their backs? No.

But then, the best CEOs don’t expect or seek that. Being a leader is often thankless, but it comes with the job. If you’re in leadership to be thanked, affirmed and recognized, then it’s probably time to step down. You’re likely doing more harm than good. If you’re in it to advance the organization, drive common success and leave the firm better when you leave ... then you’re in the right place.

On Cultural Standards and Ethics

What standards mark the operating culture of your organization? Has there been an ongoing discussion regarding the ethics of the firm, those certain standards by which we bound our collective thinking, speaking and behavior? Articulating and establishing the functional ethos of the organization is essential to several dimensions of organizational health, relational interaction and, ultimately, business success.

It seems that ethics are only discussed when it appears they’ve been breached. Ethics instruction is usually delivered as a series of dos and don’ts, with a subtle air of threat wafting around the topic. Like a club over the head, ethics seems to only serve under the banner of “You better not!” as opposed to what they really are.

Ethics are to be worn proudly for all to see and hear through how one behaves and communicates. They are ambitions to consistently achieve, not rules to fear breaking. Ethics are the standards through which we desire to live by and be and become.

The absence of positively compelling ethics is an ethic in itself. The void of overt articulation is the conscious acceptance of undefined standards and all that might yield. Ethical living is intentional and emanates from and through most aspects of one’s life. So, what are the ethical standards for your organization? Who makes that decision? Is it realistic to think that a collection of diverse individuals will all accept the stated standard and live together out of that standard?

These are but a few of the tough questions leadership should be leaning into. By the way, it’s leadership’s job to articulate the ethics and set the standards for the organization. Ethics is perhaps in the top three most important things leadership is responsible for.

You see, in the culture of the firm, the organization finds its way into the day-to-day through the living out of standards set in place by leadership. When ethics are set in place people usually, almost naturally, move into alignment with them. People crave the safety of known parameters. When they’re absent, people grow increasingly insecure, unsure and isolated. And that’s the genesis of impending conflict. Alternately, when one knows what’s expected, what it means to be and behave in the commonness of positive organizational dynamics, they are more secure, more certain and relationally interactive.

What might be informing your organization’s ethos? Are outside voices and forces negatively influencing the thinking-speaking-behavioral standards of your organization? Are you as a leader afraid to set standards, fearing the inevitable conflict with those that push back? Are your fears of rejection ruddering your leadership manner?

Here’s some advice: First, get yourself together. Ask the person in the mirror what is the most important thing about being - and doing - in your life? Do you want this for the organization? Next, gather with other leaders and have the same collective discussion. Are there ways in which you desire to see the organization think, speak, and behave that everyone can agree upon? Are these standards — these ethics — rational, readily communicable and objectively observable?

It’s always the right time to do the right thing and articulate the ethics of the firm. Setting the standards for the common good is one of those right things to do as a leader. So, will you?


Dave Gilmore is president and CEO of DesignIntelligence.