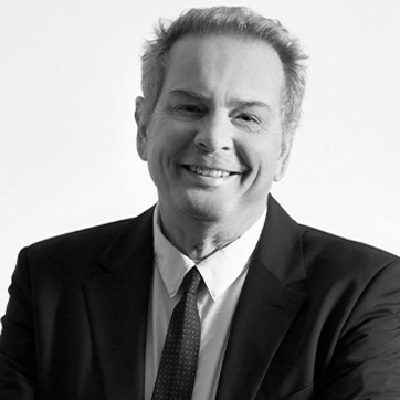 For many of today’s architects, working globally has become the norm. The global marketplace offers many lessons and opportunities, with some of the greatest being recognizing and understanding the appeal of different cultures, discovering differing ways of working and gaining exposure to an intriguing array of ideas about urbanism, space, objects and technology. These varied concepts are often rooted in the vernacular and tradition of unique social systems.

Different concepts about urbanism are apparent in every culture, climate, place and landscape. The ideas informed by precedents are often modified, expanded and reworked to fit the unique and changing circumstances of how we work and live today. Streets, squares and a hierarchy of public places can be seen in many European cities and towns. The notion of the collective society versus the individual is evolving as communities were once more intertwined with day-to-day needs being met in public squares. These squares were usually walkable and created a sense of community, providing a place for interaction, commercial exchange, communication and connection among people. Powerful examples of formal, planned places include Tuileries Gardens, or the Palais Royale, and the grand places connected by the boulevards of Haussmann in Paris. Other examples can be found in early Rome’s forums with the connected market and governmental and social spaces imposed on the landscape, as well as in active public spaces created during the Renaissance, such as Piazza Novona and Piazza Del Popolo.

Contrasting the formal, grand squares are the less formal, more irregular spaces found in hilltown or medieval cities, such as Italy’s Piazza del Campoand Duomo in Siena, hamlets in England, medieval villages of Germany, traditional small town squares of the United States and the water villages of China. These places are generally formed around ideas of topography, climate and bodies of water, yet still maintain concepts of social community and connectedness.

Today’s urban designs often follow this baseline human experience of connectedness, striving to link, in a hierarchical way, the religious, governmental, commercial, living and playing spaces that form our communities. Distinguishing current urban spaces from those of the past are more than materials, technologies and transportation ideas; the way we live has changed, and these changes greatly impact the resultant form and materiality of new spaces. The scale at which urban planning and design is now executed and the transportation networks that link us have vastly modified the landscape of our cities — particularly those of China, where entire new cities are created from nothing. The idea of organic growth is being replaced by planned, immediate and commercial growth.

We loosely refer to urban ideas of connectedness, walkability, natural, organic and authentic as new urbanism. In reality, these ideas are not entirely new but are in need of being rediscovered, understood and implemented. In many cases, they are a reaction to “unhealthy” urbanism, often driven by an emphasis on transportation planning over planning for people’s needs.

Spaces become great connectors that link us socially and visually to the places we occupy. Particularly in dense urban areas, space has the power to be memorable by evoking emotion and exciting the human spirit. Consider the grand public spaces of the world: Trafalgar Square in London, St. Peter’s Basilica in Vatican City, Place de la Concorde in Paris, Times Square in New York City and Red Square in Moscow. Even in small towns, public squares become important “placemakers.” These spaces can be open exterior spaces, or they can be enclosed as covered public places, such as Covent Garden in London or Les Halles in Paris. These spaces can be formal and regular in order, or informal, irregular and natural.

As objects, towers have the potential to become evocative markers with their identity being an expression on a city’s skyline. Traditionally, these had been religious symbols, or symbols of government or fortifications. Today, they are more often symbols of commerce, wealth or power. The Washington Monument in D.C., the Eiffel Tower in Paris, Obelisks of Rome or Pyramids of Egypt are all examples of powerful objects that, as markers, have become memorable symbols of their locations. Each of these objects possesses a strength based on boldness of form and geometry. They have structural rigor and clarity as well as simplicity of surface. They, in essence, become formal sculptures based on a clear and minimal use of materials. Their examples provide a measured idea or approach for the development of today’s urban symbols of commerce, wealth and power. The health of a city and the strength of its economy and culture can be seen and measured by these objects. Globally, these towers are driven by culture balanced by unique factors and land ownership. For example, in some American cities, individual block ownership and costs of land drive towers higher while in Asia, towers reflect the country’s cultural appreciation for newness, and are erected as a means to grow economies. In China particularly, showcasing “the latest thing” symbolizes success to those involved with the project and hope for the future of the community where it resides. In all cases, towers are driven by efficiencies of scale, whether bringing people together to achieve common goals, such as in a corporate headquarters, or driven by the desire to provide revenue in the efficient manner of shared multi-tenant office spaces.

When coupled with grouping of offices, the composition of towers supports the idea of spatial connections by linking large numbers of people to or around centrally-connected spaces. This dynamic emerges out of the social aspects of the street, the public square and the hierarchy of urban space.

Technological advances originate anywhere there is a need to problem-solve. Structural innovations, from larger spans, to taller towers, are being motivated by the need for greater efficiency in material use, resulting in the reduction in environmental loss and/or cost. The European model is once again interesting. The attitude experienced in the European model has consistently been one of using less material in an integrated way to create the most in terms of human comfort. The goals are to achieve comfort on an urban scale with new derivations of public connected space; establish comfort on a building scale by encouraging buildings which take advantage of seasonal climate changes and form connections to the natural environment through operable facades; and provide comfort on a physical level by maximizing daylight, connectivity, natural ventilation and so on. Many of these European ideas derive from a long cultural tradition based on physical limitations imposed by landscape and political boundaries which have evolved a society where the minimum means need to be employed to achieve the maximum result. Europeans have embraced an attitude toward efficiency that relates not only to cost but also to the preservation of limited natural resources.

Structural innovation and the idea of constructed architecture is driving design for national and international projects. Using the material necessary for each project in its own distinct way drives constructed architecture — an approach focused on the idea of less embellishment, or only using materials which are necessary for the creation of the project. Success is achieved when each part serves its intended function while contributing to the overall aesthetic.

Other powerful design principles practiced more often in parts of the world outside of the U.S. are centered around environmental comfort through smart-building technology. While universally beneficial, this practice is seen in the greatest concentration in European countries. This is also a statement about the people, culture and history of a place.

Sustainable design techniques, such as daylighting and smart controls, raised flooring and displacement air, have been employed for a considerable amount of time in Germany and other countries throughout Europe. Some of the benefits of sustainable design include increased comfort for those who use the building and a reduction in energy costs, resulting in higher building values, as well as improved environmental conditions that have become standard in the A/E/C industry.

Examples of sustainable design can be seen in employee rules and building codes which require that every office and workspace have an operable window with access to natural daylight and ventilation. Another differing concept between countries is how energy efficiency and environmental sensitivity is viewed. For example, in Europe, a landlord is required to tell a potential tenant what their utility cost will be, making energy-efficient buildings a standard best practice. These sensible ideas are ingrained in the social consciousness of this part of the world, and have influenced design in the United States.

Smart buildings and the technology used to achieve them have made significant headway in the United States and to a limited degree, in Asia. The motivations in these cases have been financial in nature and a reflection of a changing social consciousness. CEOs of today’s companies have been raised with an environmental consciousness and see smart buildings as not only a sustainable solution but also a marketable one, as sustainability efforts can attract like-minded employees.

A “Glocal” Approach to Urbanism

The transfer of ideas in the architecture and design industry is a process that consists of constant learning, understanding and educating by those in the industry. In the United States, it also means impacting the construction industry where the ways of working have become deeply entrenched and decision-makers are hesitant to change without a strong financial incentive to move from the “norm.”

In this case, a global/local (“glocal”) perspective helps architects and designers look at the work and the cultures they interface with to understand the underlying ideas in order to learn from one another and develop an ever-strengthening vocabulary — one which, through innovation, we expand and recreate in our time and place, using the technology of today.

The key to glocal design is to discern the varied, independent ideas of the global stage, understand them well enough to uncover their baseline principles and render them in today’s materials and forms to suit ideas of modern living in each local market. As architects, we strive to look forward and add to this rich vocabulary in order to continue the long process of evolution and innovation, while also attempting to go as far as anticipating the future. The goal is, in short, to reinvent through the understanding of typologies of urban and building details and environmental conditions.

These ideas will manifest in our work, and should be embraced, as they will enhance our lives — the very basic reason we as architects do what we do.


Principal, Sr Vice President and Director of Design of Portman Architects, Gordon Beckman has built his career working nationally and internationally on a broad range of building types, including commercial, civic, hotel, and mixed-use developments. Mr. Beckman’s work reflects his ongoing interest in, and examination of, the interdisciplinary connections that structure, technology, environmental concerns and transparency play in next generation architectural thought. 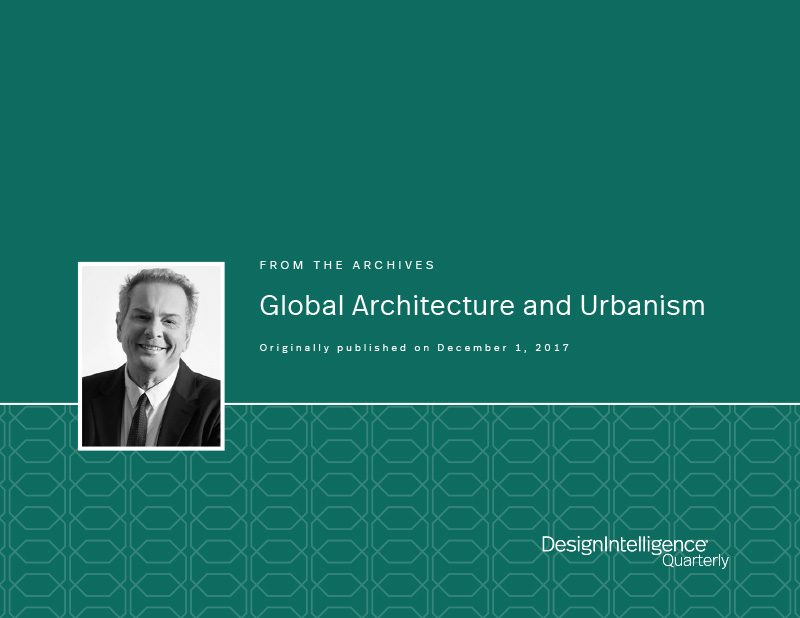